Accountability for the perpetration of war crimes in Afghanistan 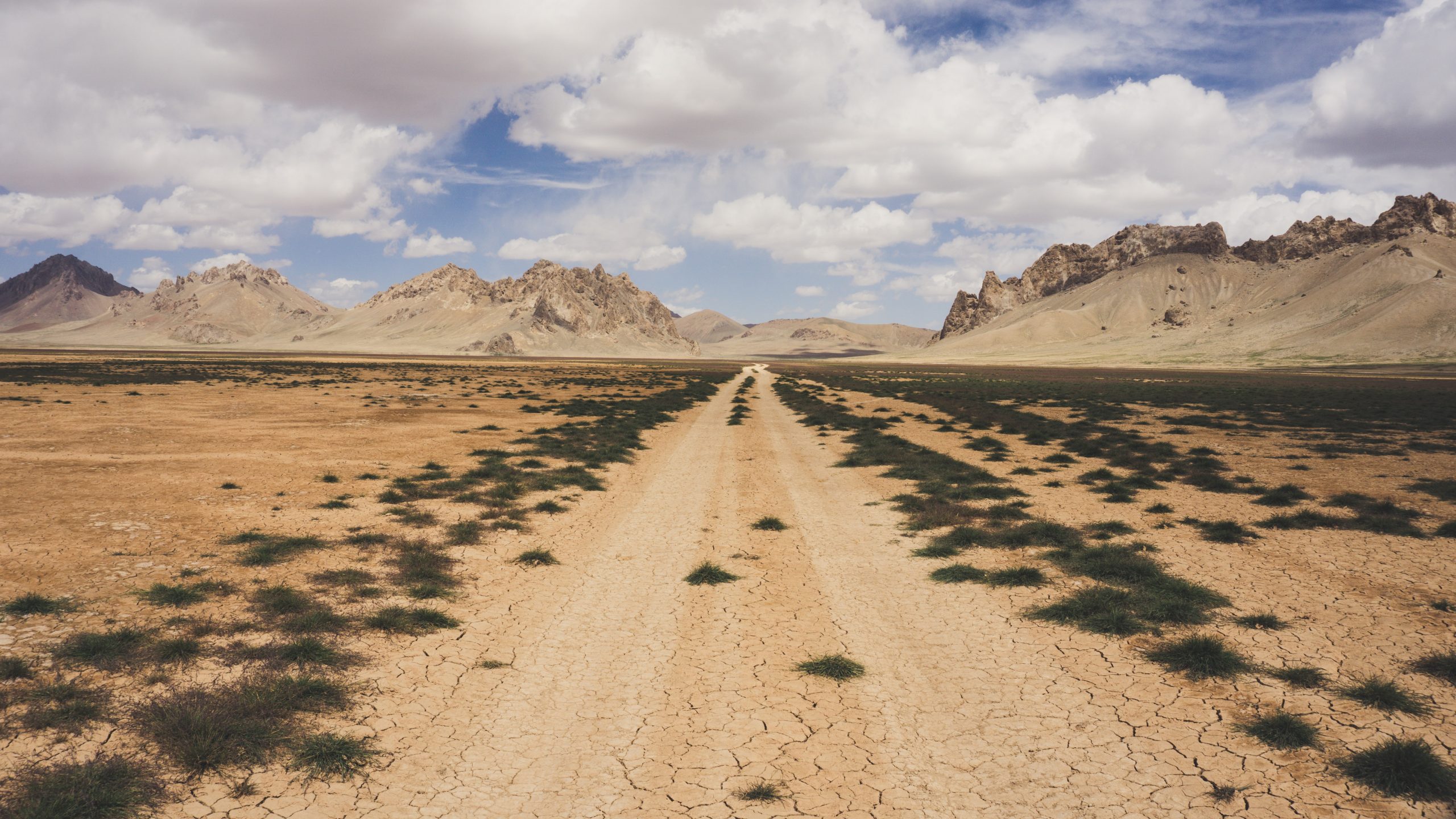 The history of modern Afghanistan is one of internecine and systemic violence. The current prospects for peace and security in Afghanistan after more than four decades of war are uncertain. The question now is whether Afghanistan can move forward without addressing the legacies of its violent past. If it does decide to address them, what are the available or appropriate remedies to achieve accountability for these atrocities?

After nearly two decades of conflict, the United States (U.S.) and the Taliban movement (The Taliban) signed a peace agreement on 29th of February 2020, aimed at ending the U.S.’s longest running war. The agreement set the stage for intra-Afghan peace talks and a possible power-sharing agreement between the Taliban and the Government of Afghanistan. The intra-Afghan peace negotiations started in Doha on the 12th of September 2020 where the two sides negotiated the Taliban’s future role in governing Afghanistan and a permanent ceasefire (among other important topics). However, this negotiation has failed to include international impartial observers, victim groups, and a strong female representation. As a result, the negotiations are being viewed sceptically by Afghans, particularly the Afghan women and minority groups who fear a return to repression under the ultra-conservative Taliban. In addition, the Taliban, since its emergence in 1994, has perpetrated acts of terrorism, war crimes, crimes against humanity, and serious human rights violations. These violations have not been addressed in either the U.S./Taliban agreement or the Intra-Afghan negotiation agenda. To prevent future human rights abuses and international humanitarian law violations, judicial accountability is necessary, achieved either domestically or internationally.

Contravention of International Humanitarian Law- Alleged Acts of Terrorism, War Crimes and Crimes Against Humanity Committed by the Taliban (1994-2020)

In the context of a non-international armed conflict, the actions of the Taliban are held accountable under Common Article 3 and customary international law. However, since 10 November 2009, they are also held accountable under the Additional Protocol of the Geneva Conventions of 12 August 1949, relating to the Protection of Victims of Non- International Armed Conflicts (Protocol II), 8 June 1977. There is evidence that the Taliban has violated these obligations.

Taliban commanders have publicly claimed responsibility for deliberate attacks on civilians and protected sites including hospitals, schools, and mosques. The Taliban has dispensed collective punishment and discrimination based on gender, religion and ethnicity, torture and corporal punishment, and the inhumane treatment of prisoners amongst other violations.

The emergence of the Taliban

The Soviet Union occupation in 1979 and subsequent civil war after their withdrawal in 1989 rendered Afghanistan into state of chaos with the collapse of central government. In 1994, the Taliban took control of the country imposing a strict Sharia interpretation of Islamic law, which included amputation and stoning to death of alleged criminals. Human Rights Watch recorded systematic violations against women and girls, cruel corporal punishments including executions, extreme suppression of freedom of religion, expression, and education, attacks against Afghanistan’s historical and cultural heritage, and arbitrary mass killings of religious and ethnic minorities.

In areas where they encountered resistance, Taliban forces responded by massacring civilians and other non-combatants and burning down villages. Sharing the same ideology, the Taliban and Al-Qaida turned Afghanistan into a ruined wasteland, executing inhabitants, destroying orchards and vineyards, and expelling the people. The Taliban regime collapsed soon after the September 11 attacks in 2001 and the U.S. led war on terror against Al-Qaida and the Taliban.

Resurgence of the Taliban in 2004

After the Taliban collapse in 2001, attempts to pursue accountability for Taliban atrocities were deprioritized by the international community in the face of weak governance, lack of political will, and mixed international support. In 2004, a fragile Afghanistan relapsed into widespread violence, and the resurgence of the Taliban was assisted by unaddressed punishment for their past crimes and their exclusion from the Bonn Agreement negotiations.

The Taliban continued deliberate targeting of civilians and civilian populated areas by escalating their attacks in major cities, garnering ‘wider attention and shaking public confidence in the government.’ In 2019, the United Nations Assistance Mission in Afghanistan (UNAMA) recorded more than 10,000 civilians killed and injured in one year, attributing the majority of those causalities to the Taliban and its affiliated groups. The report also provides that more than 100,000 civilians have been killed or injured since 2009 when UNAMA started collecting this data.

The Taliban has claimed responsibility for most of the deadliest attacks on civilians and has claimed justification by stating that ‘anyone  working for the government of Afghanistan, including civil servants, is a valid military target.’ These attacks and their justification are in clear violation of international humanitarian law and should lead to prosecution of the perpetrators for war crimes and crimes against humanity.

The Intra-Afghan Peace Negotiations: The Government of Afghanistan and the Taliban

The Afghanistan Government has established democratic institutions, such as the Parliament and the 2004 Afghan Constitution which reflects democratic values and respect for human rights. The legitimacy and robustness of these institutions is threatened by the failure to deal with the crimes of the past. Responses to mass atrocities and human rights abuses are integral to any peace-building mission led by national governments, bilateral donors, regional organizations, and international institutes. The trajectory of peace processes in Afghanistan has been largely oriented around peace now-justice later rather than traditional justice processes for an enduring peace.

For the first time in 19 years, the Taliban and the Government of Afghanistan have come face to face to negotiate terms of a peace process. The Taliban’s ambitions for a post- peace settlement and their position on reconciliation, power-sharing, and governance are unclear. In particular, the Taliban’s statement on women’s and minorities’ rights is opaque, while its internal stances on these crucial issues vary greatly. The Taliban has only stated their demands are complete withdrawal of foreign troops, and a state based on Sharia law. Alternatively, the Afghan government has emphasized immediate ceasefire and the establishment of an inclusive government with respect for the rights of women and minority groups.

Impunity for grave atrocities has long been the norm in Afghanistan’s history. Both the Bonn Conference and Geneva Accord (the agreement  for the Soviet withdrawal) processes failed to include victim groups or to maintain an inclusive negotiation on the country’s future with all relevant stakeholders. Most importantly, perpetrators of war crimes and crimes against humanity were not held accountable. However, history shows that States can be reluctant to prosecute their nationals for such crimes and without political willingness, there is a failure to deliver justice.

Despite the international organizations and foreign government initiatives to reform the Afghan judicial system post 2002, institutionalised corruption and frustration with the Afghan justice system is rampant. In the face of widespread corruption and political bias, the risk of a compromised judicial system is acquittals of higher-ranking perpetrators which could create a permanent sense of injustice. Therefore, accountability for war crimes cannot be secured through domestic courts.

In 2006 the Office of the Prosecutor (OTP) of the International Criminal Court (ICC) initiated propriomotu, a preliminary examination on the situation in Afghanistan. However, on 12th of April 2019, the Pre-Trial Chamber (PTC) rejected the submissions made by the OTP to open a formal investigation concerning alleged crimes committed in Afghanistan since 2003. The decision acknowledged a reasonable basis to believe that the crimes within the jurisdiction of the Court may have been committed in Afghanistan.

Despite the OTP’s authorisation, it is still unclear how the OTP will proceed with its formal investigation in Afghanistan.

The peace negotiations with the Taliban have created many uncertainties in terms of commitment and consequences. However, a major impediment to peace in Afghanistan is the lack of accountability for the perpetration of war crimes. The Afghan people have suffered greatly as regime after militia group after warlord have ravaged their homeland and destroyed their lives and livelihoods. In an effort to rebuild for a peaceful future, accountability for the perpetration of these crimes is a key ingredient not only for victims to seek justice, but a civilian population to feel empowered.

Azadah Raz Mohammad has an extensive work experience with International Organizations, the Government of Afghanistan and academia.She has worked on humanitarian and human rights related projects in close collaboration with the Afghanistan Independent Human Rights Commission and the Afghan Ministry of Justice amongst other. Besides, she has worked with the Administrative Office of Afghan President and as an adjunct lecturer of law at American University of Afghanistan. Azadah is a Ph.D. student at the University of Melbourne. And, holds an LL. M. in International Humanitarian Law and Human Rights from University of Essex, and a second LL.M. in International Criminal Law as a Fulbright Scholar from Ohio State University.

Anna McNeil is a highly experienced lawyer with significant experience in Australia and internationally. She has defended in various high-profile cases before the Extraordinary Chambers in the Courts of Cambodia, the United Nations International Residual Mechanism for Criminal Tribunals, and the International Criminal Tribunal for the former Yugoslavia. Currently, Anna is a Solicitor at the Victorian Office of Public Prosecutions and has previously worked at the Victorian Department of Justice and the Commonwealth Attorney-General’s Department. Anna has particular expertise in genocide, crimes against humanity, and joint criminal enterprises in an international context. Her interests lie in international criminal law, international humanitarian law and international refugee law, with her pro-bono work assisting refugees in Australia and overseas.