As lockdown lifts, it is time to repatriate women and children held in Syrian camps 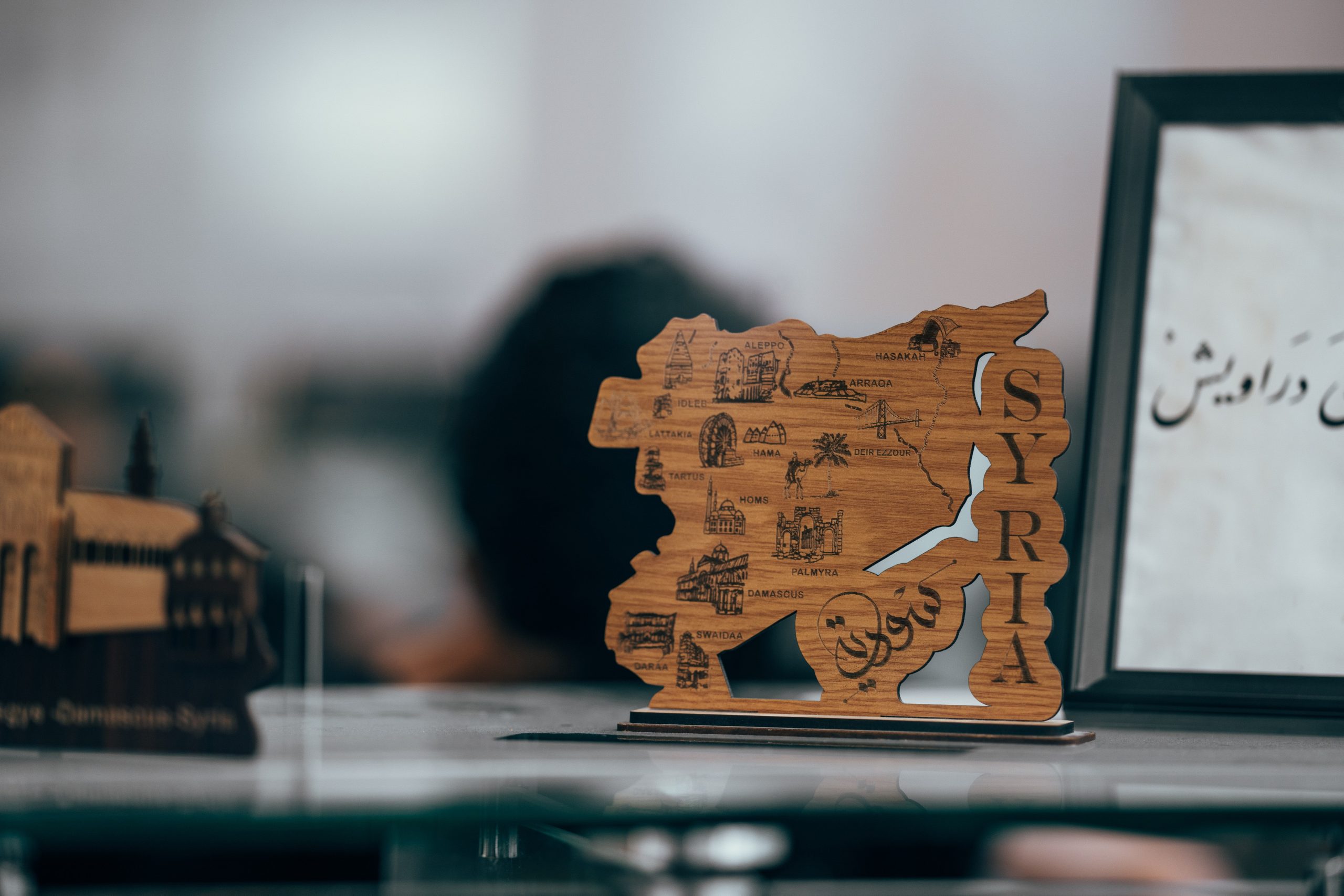 Australian women and children currently being held in the Al-Hawl camp in Syria present a jurisdictional headache for their home States, some of whom have made domestic criminal allegations against these citizens in respect of their conduct abroad.

In Australia, senior ministers allege, amongst other things, that citizens detained in Syrian refugee camps have committed foreign fighter offences and pose a risk to the Australian community if repatriated. This short article considers a State’s duties to protect its citizens, particularly women and children, as an incident of nationality and a citizens’ right to return to Australia, especially where alleged crimes empower Australian Courts with extraterritorial or universal jurisdiction. In considering these issues, we postulate a legal basis whereby Australia, and other common law jurisdictions, may be compelled to repatriate citizens.

Allegiance and the duty to protect

In Australia, the concept of allegiance lies at the heart of the relationship between the State and its citizens. This relationship is imbued with ancient and reciprocal duties, foremost of which are the citizen’s obligations of loyalty and obedience in exchange for the protection of the State: see Singh v Commonwealth (2004) 222 CLR 322, 352-371 (‘Singh’). Although the scope of this protection has, traditionally, been viewed as somewhat narrow and discretionary, even lacking clear content, there is no doubt that, for centuries, it has required the Executive to govern its citizens, and make decisions in respect of them, in accordance with the domestic laws. [see, eg, Coronation Oath Act 1688 (1 Will & Mary c 6)] Hence, there is an arguable duty to protect Australian citizens which encompasses a requirement that the Australian Government protect the laws of Australia. The Australian legal system provides the central mechanism whereby the executive’s duty of protection, in respect of Australian law, may be tested.

In international law, an obligation on States to protect their nationals is also one of the most important incidents of nationality, sometimes described as a State right to take ‘diplomatic action or international judicial proceedings’ on behalf of nationals in order to assert respect for law (Mavrommatis Palestine Concessions (Greece v United Kingdom)(Judgment) [1924] PCIJ (Ser A) No 2). International law also recognizes that States may impose a duty on their Executive to provide protection. The right may be exercised where the injury occurs in a foreign State and local remedies have been exhausted. (Barcelona Traction Light & Power Co Ltd (Belgium v Spain) Judgment [1970] ICJ Re 3.)

The ‘protection’ of the Crown owed to the citizen arising from the latter’s allegiance (Calvin’s case), and the ‘protection’ of laws more generally which arises as an incident of territorial sovereignty (DPPvJoyce) are both really a question of ‘legality’ — ie, the Australian Government must enforce the laws of Australia, so a national has the benefit of the law and of being treated according to law. This includes laws that extend extra- territorially (including, for example, foreign fighter offences). It follows, we suggest that, in enforcing the law, the Executive must at least consider these protections: See R v Depardo (1807) 127 ER 739 and Habib (No2) (2009) 175 FCR 350. This may include protections against a gross abuse of human rights Kaunda v President of the Republic of South Africa (2004) 44 ILM 173.

For over a century, the High Court of Australia has consistently held that every Australian citizen enjoys an unqualified, constitutional right to return to Australia: Potter v Minahan (1908) 7 CLR 277. As a matter of principle, this applies regardless of whether a citizen holds a valid passport, as long as identity can otherwise be established. Whereas the Australian Constitution provides the Commonwealth with power to regulate the entry of non-citizens (aliens), the citizen cannot be refused re-entry through, for example, the introduction of executive barriers, such as approval processes or the delay and denial of passport issuance: Air Caledonie International v The Commonwealth (1988) 165 CLR 462, 469.Again, such citizen rights are really an  issue of legality. This accords with international legal obligations arising under Article 13(2) of the Universal Declaration of Human Rights and Article 12(4) of the International Covenant on Civil and Political Rights(ICCPR); namely, that no-one shall be arbitrarily deprived of the right to re-enter his or her own country. Article 12(4) ICCPR is not subject to restrictions to protect national security. The UN Human Rights Committee has ruled “there are few, if any circumstances in which deprivation of the right to enter one’s own country could be reasonable.” The only way in which countries may derogate from their responsibilities under Article 12 (4) would be during the extreme circumstances described in Article 4 ICCPR: namely that “which threatens the life of the nation  and the existence of which is officially proclaimed”. This might arguably apply to the COVID-19 pandemic but has not in fact been applied in Australia during lockdown. During the COVID-19 pandemic, the Commonwealth has industriously sourced charter flights to rescue stranded citizens from across the globe.

The international concept that every individual who has maintained “genuine and effective links” with the territories in question should enjoy the right to return is consistent with the High Court approach in Love v Commonwealth [2020] HCA 3, where four justices accepted some concept of the constitutional non-citizen non–alien. A necessary consequence of this concept is a constitutional right of abode, with right to admission to territory arising as an incident of this right. Those nationals who can be identified as ‘non-alien’ may not lose this right merely through the stripping of their Australian citizenship.

Governments across the globe, including Australia, have committed to domestic prosecution of a range of offending by their own citizens through extraterritorial or universal jurisdiction. This includes torture, sexual offending, terrorist activity, and foreign fighter conduct. This provides a basis to argue that a duty to investigate may arise as an incident of protection. The situation in Al Hawl is such that investigation and protection cannot be properly conducted from afar and therefore, we suggest, frustrating repatriation becomes arbitrary. This is a particular concern in relation to coerced women and child soldiers. Human trafficking and recruiting and use of child soldiers are not only international crimes but also domestic offences in respect of which Australia has committed to extraterritorial jurisdiction. Similarly, children under 10 who lack criminal responsibility under Australian law and for whom the Australian Government, in the exercise of the discretion to refuse repatriation, lacks consideration of the best interests of those children, indicates that the obligations of protection have not been met. Whether this is also capable of limiting the ways in which the defence power has been used in Australia since Thomas v Mowbray (2007) 233 CLR 307 also becomes less than moot.

One remedy for repatriation is the writ of habeas corpus. The Kurdish militia and regional authority with oversight of the Al-Hawl camp have made it plain that nations who request repatriation of their citizens can collect them, at any time. Accordingly, the foreign women and children being detained in Al-Hawl camp are arguably under the de facto control of their home State. These issues were last tested in Hicks v Ruddock (2007) 156 FCR 574, 588-591 where the Australian government settled rather than test the extent of duties. The capacity to call upon local remedies in Syria would appear to be negligible, if not non-existent. The situation in Al Hawl is such that investigation and protection can only be properly (and we suggest, legally) met after these citizens have been repatriated, particularly where alleged foreign fighters may also be trafficked victims, such as coerced women or child soldiers. To repatriate children, and investigate citizens, whether foreign fighters or trafficked persons, Australia would be acting consistently with its international treaty obligations and with domestic criminal laws asserting extraterritorial and universal jurisdiction in respect of crimes arising under international criminal law.

Eamonn Kelly is a barrister at the Victorian Bar, previously Senior Associate to the Honourable Justice Ginnane in the Common Law Division of the Supreme Court of Victoria, He practices in administrative, commercial, criminal and common law. He is particularly passionate about areas of the law concerning the proper exercise of state authority, whether in civil or criminal contexts, judicial or executive. Eamonn completed a Juris Doctor and a Master of Laws at the University of Melbourne, specialising in Transnational and International Law. He received several subject prizes, including the Frank Galbally Memorial Prize and the Raynes Dickson Memorial Exhibition for Advocacy. He edited the Melbourne Journal of International Law.

Sue Milne is a Lecturer in Law at the University of South Australia. With a background in legal research within the federal judicial sector, Sue has presented, lectured and published in this field. Sue is currently a PhD candidate researching the constitutional validity of citizenship stripping, with research interests in public law, mainly constitutional and administrative law, legal method and legal history.

Cate Read is a Trial Division Researcher at the Supreme Court of Victoria and is currently undertaking a Master of Laws at Melbourne Law School. She has undergraduate and graduate degrees in political science and law, with a particular focus on human rights law. Cate was admitted to the Australian legal profession in 2008 and has held a volunteer legal practising certificate since 2009. She has worked as a volunteer lawyer at Fitzroy Legal Service and the Asylum Seeker Resource Centre, and has volunteered with the Health & Equality Policy Working Group at Thorne Habour Health.