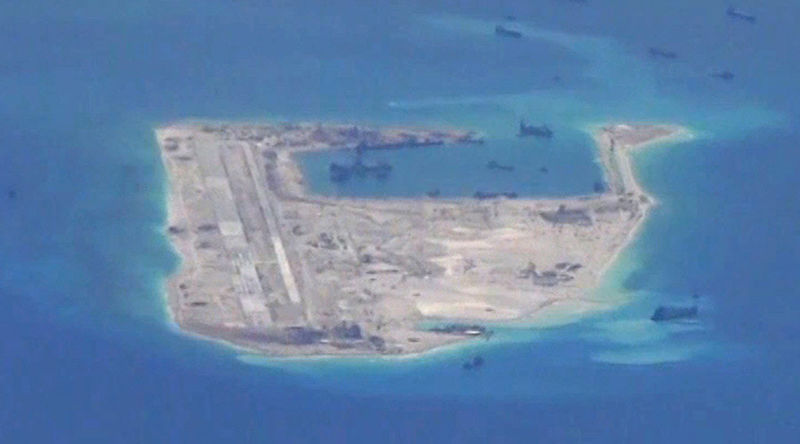 Australia’s 23 July statement to the UN Secretary-General in formal response to a series of diplomatic exchanges between Malaysia, China and other states is the clearest to date on legal issues associated with China’s South China Sea maritime claims. Diplomatically the statement is unremarkable, legally though, it makes Australia’s position on some key issues very clear. It came at a time when Trump Administration officials were also speaking about the South China Sea. Secretary of State, Mike Pompeo, in a 13 July press statement asserted that “Beijing’s claims to offshore resources across most of the South China Sea are completely unlawful…”.

The Australian statement was made through the Secretary-General to the Commission on the Limits of the Continental Shelf (CLCS). Since the Commission began reviewing continental shelf submissions in 2001 there have been many such diplomatic exchanges. They have become a normal part of the process through which states formally assert diplomatic and legal positions arising from CLCS submissions under the 1982 UN Convention on the Law of the Sea (UNCLOS). Those positions can relate to both territorial and maritime disputes, and interpretations of UNCLOS. One of the most significant diplomatic exchanges was sparked by the 2009 joint Malaysian and Vietnamese CLCS submission resulting in a Chinese note verbale with an accompanying map showing China’s nine-dash line. But it is Malaysia’s December 2019 CLCS submission addressing its continental shelf claim in the South China Sea that resulted in the most recent flurry of 15 diplomatic exchanges between Australia, China, Indonesia, Malaysia, the Philippines, the United States of America, and Vietnam. Eight of these statements were made in June and July. Never before has there been such an intense exchange of views via the CLCS.

While Australia’s statement is technically a response to the Malaysian CLCS submission, it directly addresses five Chinese notes from December 2019, and March, April and June 2020. Australia’s statement is principally framed upon a legal interpretation of UNCLOS, with particular reference to the 2016 South China Sea Arbitral Award between the Philippines and China, and China’s subsequent practice and behaviour. In that respect the statement focusses on China’s regional maritime claims and only marginally addresses territorial issues. Still, Australia makes two points in that regard.

First, Australia rejects China’s assertion in its 17 April 2020 note that its sovereignty claims over the Paracel and Spratly Islands are ‘widely recognised by the international community’. Australia is making clear that it does not recognise the claims of China or any other states to these islands and that they remain a matter of dispute. In this respect, there has been no change to Australia’s longstanding position on the disputed status of the islands.

Second, Australia also makes clear that China’s position that it exercises sovereignty over low-tide elevations is a matter of ‘strong concern’ as claims to such features are incompatible with international law because they do not form the land territory of a state.

Here the Australian position is consistent with UNCLOS, which limits the drawing of Article 7 straight baselines to instances where a coastline is deeply indented and cut into, or where there are offshore fringing islands. Likewise, any attempt by China to draw Article 47 archipelagic baselines is also challenged by Australia on the grounds that China is not an archipelagic state as defined in Article 46.

As a result, Australia rejects China’s attempts to claim a range of maritime entitlements such as an exclusive economic zone or continental shelf from these baselines. Australia also rejects equivalent Chinese maritime claims from submerged maritime features or low-tide elevations that have been artificially transformed by land building and associated activities. While Article 60 of UNCLOS does provide for the building of artificial islands, such features do not generate any distinctive maritime entitlement akin to a naturally formed island as recognised under Article 121.

On 29 July China officially responded to Australia’s statement by reasserting the position that it had previously taken with respect to sovereignty and maritime entitlements over certain South China Sea islands and maritime features, that its territorial sea baselines were consistent with UNCLOS and international law, and that it continued to reject the South China Sea arbitration award. China asserted that Australia’s actions in “ignoring the basic facts of the South China Sea issue and denying China’s land territorial sovereignty and maritime rights and interests” violated international law.

Australia’s statement has sought to reinforce some of the fundamentals of UNCLOS which both Australia and China are parties to. The interpretations Australia has put forward are consistent with those adopted in the unanimous decision of the South China Sea arbitration. While some aspects of China’s South China Sea claims find support in state practice, that practice is very limited and could not be construed as newly developed interpretations of UNCLOS or customary international law.

What is most significant about the statement is that it was made in the context of disputes where Australia has no direct interest, though Australia’s indirect interest in the region is significant as reflected by the assertion of navigation rights through the South China Sea. Australia’s position then is one of seeking to make a clear statement on its interpretation of the law of the sea, which in turn may place a halt upon the development of state practice contrary to UNCLOS. It also makes clear Australia’s position with respect to some critical ongoing legal issues in the South China Sea arising from China’s actions.

Donald R Rothwell is Professor of International Law at the College of Law, The Australian National University. He is co-author with Tim Stephens of The International Law of the Sea (2nd ed., Bloomsbury, 2016) and served as ANZSIL President from 2001-2005.