Defending Crimes of Aggression in Miami 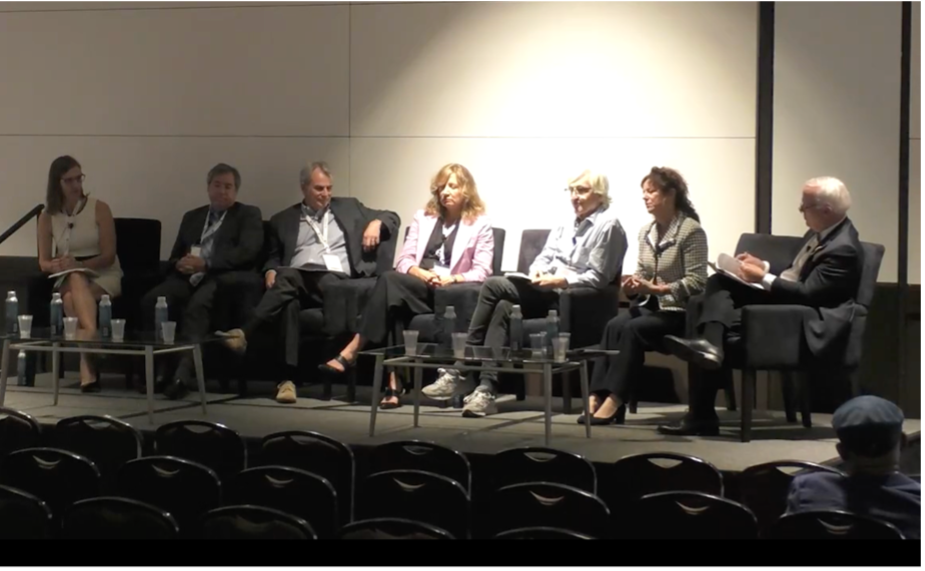 At the International Bar Association (IBA) Conference last month in Miami, much talk was on Russian responsibility for aggression and atrocities in Ukraine. It began with opening remarks from Ukraine’s President Zelensky that “lawyers will ensure that all those guilty of terror are brought to justice”. The theme on the value of lawyers and justice systems to investigate and prosecute atrocities to end impunity was continued in a range of events throughout the week.

As ever, the defence counsel voice was small but vocal in asking the difficult questions, not to “Trumpet” that international mechanisms do not work – they can and they do – but they must continue to work fairly and sometimes they don’t. International Judge Silvia Fernández de Gurmendi was brave enough to speak out about the continued detention of acquitted defendants from the Rwanda Tribunal saying it is a “huge problem” for the international law mechanisms which need to maintain legitimacy. These 8 people have been detained under illegal house arrest for over 300 days because no state, even those committed to international justice, has offered them a home.

In one session the panellists took the opportunity to discuss atrocity prevention. Accepting that prevention is generally about development, aid and capacity building, US Ambassador Beth Van Schaack maintained that international mechanisms can provide a level of deterrence, although research on deterrence in criminal law tends to suggest it doesn’t function and fear of an international tribunal and criminal charges does not appear to have deterred President Putin.

Several experts on international law were enthusiastic about the idea that victim reparations could be separated from the need to convict an individual, citing ongoing projects seeking to find ways to engage in peace building and transitional justice for the benefit of victims. However, they did not discuss how the necessity to support victims in a situation may risk an overly determined prosecutorial approach to conviction. It is an increasing concern – a situation may cry out for financial support for those affected – but in the absence of prosecution of major players, there is a danger that low level persons will be targeted incorrectly because of the need to try and convict “someone” in order for financial support for those affected to flow.

On a novel note, the IBA promoted its “eyewitness” App which enables the capture of potential evidence for international trials, with security and confidence in meta data. Ukraine has become the most documented war in history so the concept is to make images verifiable and reliable. However, it remains to be seen whether it will be used to the same prejudicial effect as gang matrix evidence and alleged terrorist images which have created stereotypes against individuals from certain groups. Guidance on this topic remains lacking.

There are also serious concerns over the adequacy of Defence funding which is about 2% of the International Criminal Court (ICC) budget. As millions is spent on supporting Ukraine in prosecutions and the formation of an international tribunal for crimes of aggression, the defence continues to struggle for adequate funding and to have public education as to the fundamental importance of the accused’s right to a fair trial, including the right to the presumption of innocence and due process of law. Tweets on the role of the defence are few compared to the global tour of prosecutor Karim Khan KC, despite the necessity of the role of the defence to ensure such mechanisms remain fair.

The value of the ICC as just one of the potential tribunals in which aggressors and war criminals can be brought to justice and properly defended was agreed amongst participants in Miami, alongside a recognition of the work needed to expand reach through the “law not war” objective. However, at least twice speakers referenced ongoing cases as if they had reached conviction and had to be reminded not to do so, despite a panel accepting that misreporting can influence case outcomes and cause miscarriages of justice.

Each defendant is entitled to public, fair proceedings conducted impartially and in full equality. As attacks on human rights defenders rise, we need to think about the criminal law defenders too. For lawyers to ensure that all those guilty of terror are brought to justice, this inevitably means that has to be done properly and that those who are not guilty are not. A suitable topic for the IBA conference in Paris for 2023.

Dr Felicity Gerry KC is our Editor and currently one of the defence team for Mr Al Hassan at the ICC.