From Pinochet to Anwar R. 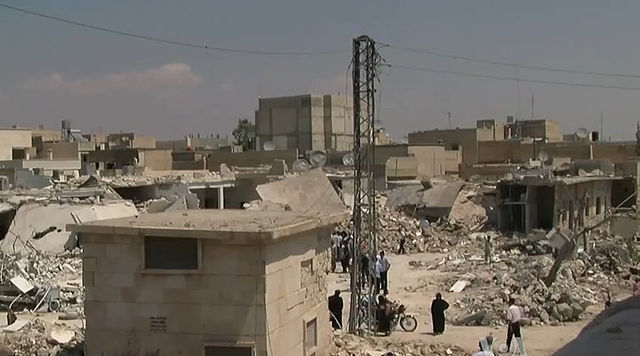 Non state actors, particularly witnesses and victims of atrocity crimes, have long played a critical role in holding those most responsible for crimes against humanity to account.

In January this year, German judges in the Higher Regional Court of Koblenz found Anwar R., a former member of the Syrian secret service, guilty of crimes against humanity in the form of killing, torture, serious deprivation of liberty, rape and sexual assault in combination with murder in 27 cases. The first case of its kind against a senior leader of the Syrian government, Anwar R was given a life sentence for his role in the wide-spread and systematic oppression of the civilian opposition by Syrian government forces in the wake of the Arab Spring. It was important first step for Syrian witnesses and victims of atrocities since 2011. Yet, as the European Commission for Constitutional and Human Rights (ECCHR) stated in response to the judgement, ‘[t]his verdict is not only FOR the Syrians affected by the crimes of the Assad regime – but it is also a trial and verdict made possible BY them.’

Indeed, private non state actors, most particularly witnesses and victims of Syrian crimes, played a vital role adopting the practices ordinarily associated with the offices of international prosecutors to hold those most responsible to account. Since 2011, they have attempted to close the accountability gap when local and international efforts failed or remained unavailable. Groups such as the Commission for Justice and Accountability (CIJA) and Chief Investigator 1, a Syrian investigator (as well as a witness to the earliest crimes of the Syrian regime and founding member of the CIJA) collected material that links those most responsible to underlying crimes for the purposes of a future prosecution, including the trial of Anwar R. in Germany. Similarly, ECCHR, a Berlin based nongovernment organisation, played a central role working along-side hundreds of Syrians to identity witnesses and victims of core crimes; and also encouraged German courts to include sexual crimes in the case. All played a significant role in contributing to the case against Anwar R.

This begs the question: should private non state actors play a role in the accountability process, including adopting practices ordinarily associated with the offices of international prosecutors, such as collecting evidence and identifying witnesses, with the intention of informing a future criminal prosecution? There are four key reasons why I argue they should.

First and foremost, private non state actors, including witnesses and victims of core crimes, have historically played a central role in holding those most responsible for core international crimes to account. Juan Garcés, a witness to the earliest crimes of Pinochet, was in the Palace with President Salvador Allende on the day Pinochet’s forces launched a US-backed military coup in Chile. Years later, Garcés submitted a private criminal and civil complaint to the Madrid courts, which triggered a formal investigation by the investigating judge. Garcés not only identified and located evidence that could link Pinochet to the underlying crimes, but also played a role identifying other witnesses and victims of the military junta, at one point representing around 4,000 victims in the case. Garcés relied upon a broader community of practitioners, witnesses and victims to develop the case against Pinochet, alleging the widespread, systematic oppression of civilian opposition, including the systematic use of torture. Nevertheless, Baltazar Garzón, the super-judge who issued the famous extradition request for Pinochet to the British authorities, stated that ‘without a doubt, for me, the great architect of the Pinochet case was not Judge Garzón or not any other judge, initially, but it was Juan Garcés’.  Arguably, the Pinochet case is one of the most important criminal cases in international law today.

Similarly, Souleymane Guengueng, a witness and victim of core international crimes under Hissène Habré, played a critical part, working with other witnesses, victims, and local Chadian lawyers, as well as international groups such as Human Rights Watch (HWR), to identify important documents produced by the security services linking Habré to numerous underlying crimes, including widespread torture, and identifying key witnesses and victims. Guengueng also submitted a criminal complaint in the Dakar criminal courts, where Habré lived in exile, which years later led to the establishment of the Extraordinary African Chambers in Senegal, and the successful prosecution of Habré for crimes against humanity. It was the first time a former head of state had been prosecuted in Africa by a foreign court exercising universal jurisdiction.

Second, and following on the above, many domestic criminal legal systems are designed to facilitate the active involvement of private non state actors, including witnesses and victims of crime. As stated above, in the case of Pinochet and Habré, the law permitted private non state actors to submit a private criminal complaint for domestic (and international) crimes. For example, Juan Garcés and Souleymane Guengueng both submitted private criminal complaints to the Spanish and Senegalese (and Belgian) courts, respectively, which triggered formal criminal prosecutions by the investigating judges. In both instances, private non-stators were also permitted to be parties to the case. In the Extraordinary African Chambers, civil parties were permitted to play a role in the prosecution. Similarly, the landmark case in the British House of Lords permitted a number of private non-state actors and NGOs to be granted leave to provide oral submissions during the case. Aside from this, common law systems even permit private criminal prosecution. In other jurisdictions, such as Germany, private non state actors, including witnesses and victims of crimes can act as civil parties or auxiliary prosecutors in a criminal case. In the case against Anwar R. in the Higher Regional Court of Koblenz, witnesses and victims were represented as civil parties with the assistance of the ECCHR.

Third, important legal analytical perspectives recognise the role of private actors in law, including criminal law. For instance, in his seminal book, The Concept of Law, HLA Hart  stated that that ‘both private persons and officials are provided with authoritative criteria for identifying the primary rules of obligation.’ Identifying the primary rules of domestic and international law is the first critical step to enforcing law, and one that was taken in the Pinochet and Habré firstly by non state actors. While a formal criminal decisions must be made by an ‘official’ judge, such as the judges in the Koblenz case against Anwar R, private non-state actors played a crucial role in the Pinochet, Habré and Anwar R. cases by not only identifying the sources of law, including domestic and international law, but also adopting the practices of the offices of international prosecutors, such as collecting evidence and identifying witnesses. It is this willingness to use the law, and indeed, international law, which is key.

Dr Melinda Rankin is Research Fellow at The University of Queensland, and author of De facto International Prosecutors in a Global Era: With My Own Eyes (Cambridge University Press, 2022)