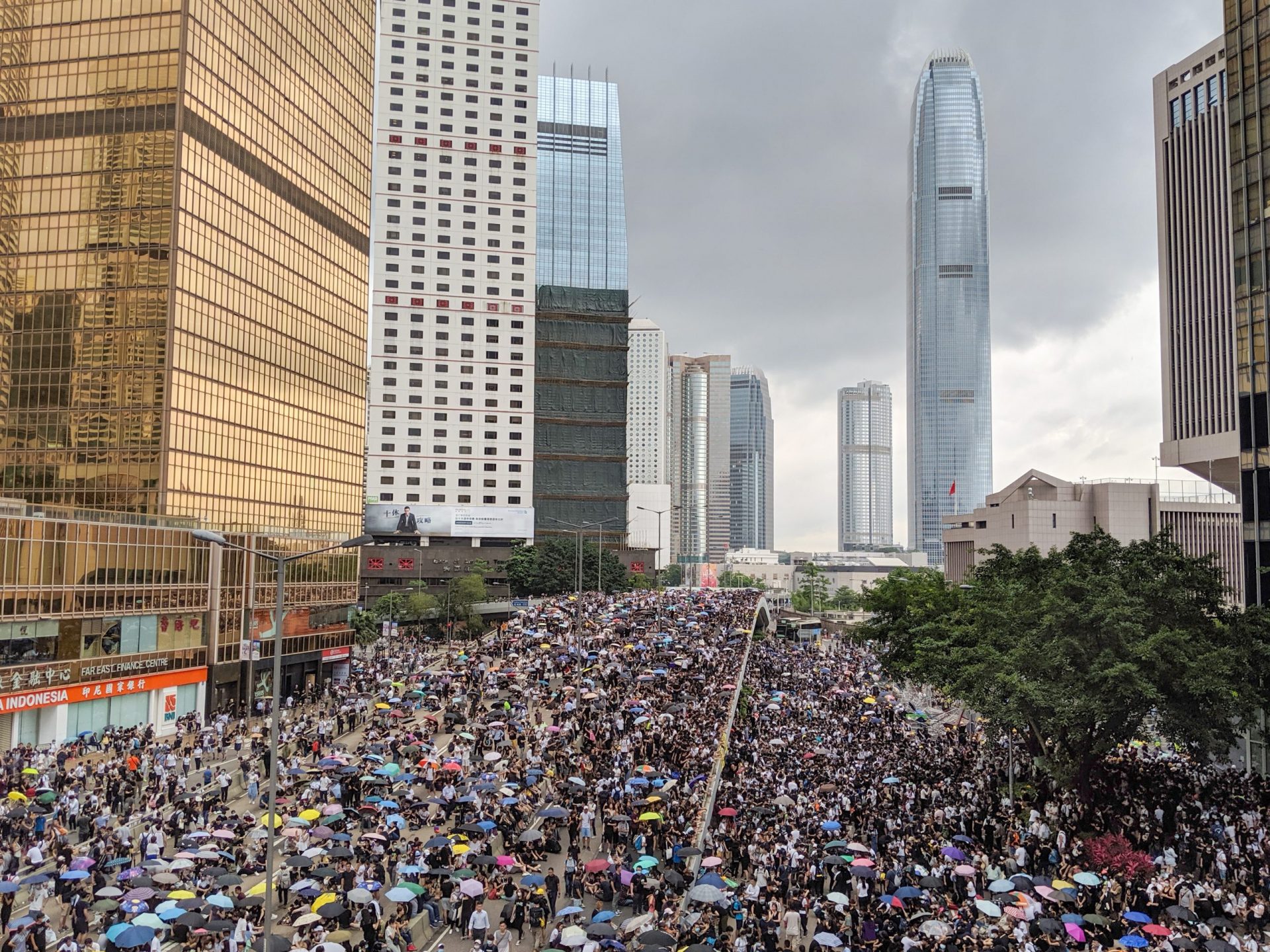 All views expressed in the above article are the author’s own and do not necessarily reflect those of his firm.

In the July edition of ANZSIL Perspective, Holly Cullen authored an informative article examining Australia’s suspension of its Extradition Agreement with Hong Kong and, in particular, the surrounding framework of international law.

Since then, however, Hong Kong’s relationships with Australia and other western nations on this and related topics have seemingly progressed further down the same trajectory.

Given the evolving nature of Australia’s relations with Hong Kong in this regard, this article will seek to add some further thoughts to Adjunct Professor Cullen’s analysis, as well as consider other implications of this developing situation under international law.

As a brief recap, on 9 July 2020, the Australian Government announced that it would suspend Australia’s Extradition Agreement with Hong Kong, citing a fundamental change of circumstances as the basis for doing so.

The United Kingdom followed suit on 20 July, as did New Zealand on 28 July, and Germany on 31 July.

Then, in late July, China took similar action, suspending Hong Kong’s Extradition Agreement with Australia (as well as those with the United Kingdom and Canada). At the same time, China also announced that it was suspending the 1996 Hong Kong/Australia Agreement on Mutual Legal Assistance in Criminal Matters (‘MLA Agreement’).

As relevantly pointed out by Professor Cullen, and in distinct contrast to Hong Kong’s extradition agreements with Canada and New Zealand, the text of Australia’s Extradition Agreement itself contains no provision that contemplates such an occurrence. Like Canada and New Zealand, the UK’s agreement also contains a suspension clause. Hence, Australia is uniquely required to call in aid the principle of fundamental change of circumstances in order to justify its position under international law.

This article gratefully adopts Professor Cullen’s elucidation of the legal requirements (as per article 62 of the Vienna Convention on the Law of Treaties and corresponding customary international law) required to sustain a claim of fundamental change of circumstances. The focus here will be the final criterion, namely that “[t]he effect of the change is radically to transform the extent of obligations still to be performed”: a threshold which no doubt reflects the “exceptional character” of the rule (see p 42 [4]).

In this regard, it is relevant to recall that Australia’s position states that “[t]he National Security Law erodes the democratic principles that have underpinned Hong Kong’s society and the One Country, Two Systems framework.”

Notwithstanding the ostensible relevance of political considerations noted by Professor Cullen (i.e. One Country, Two Systems) to the conclusion and maintenance of the Extradition Agreement, the legal bar to be met nevertheless remains high.

As held by the International Court of Justice (‘ICJ’) in Fisheries Jurisdiction (Germany v.Iceland)(at [43]), the change must have resulted in an increase in the burden of those obligations, such that they have become “something essentially different from that originally undertaken”.

Whatever the legitimate misgivings Australia might have about the prospect of extraditing persons to a territory subject to, what it considers to be, laws that erode “democratic principles”, this potentially does not transform its core obligations under the Agreement: surrendering persons, at the request of Hong Kong, to face prosecution or the enforcement of sentence. After all, if Australia is concerned that future extradition requests from Hong Kong may relate to political crimes, or be tainted by suggestions of prosecution for political purposes, then existing legal mechanisms under the Extradition Agreement and the Commonwealth Extradition Act would enable any such request/s to be refused.

Alternatively, Australia may argue along the lines that the imposition of the National Security Law would, in effect, mean that it is obliged to carry out extraditions on the de facto request of China itself, something quite different than engaging with the separately administered region of Hong Kong only for this purpose.

However, it might be difficult to argue (expanding somewhat on the point made by Professor Cullen) that the burden of extradition obligations is changed by the integrity, or otherwise, of a requesting state’s criminal justice system. As addressed by the Full Federal Court in HermanowskivUnitedStatesofAmerica(at [47]), Australia maintains extradition relations with many nations with criminal justice systems of widely varying degrees of development.

In any event, China’s reciprocal action in also suspending the Extradition Agreement could possibly render a definitive answer to the above discussion somewhat moot.

Suspension of the MLA Agreement

Again, Australia’s MLA Agreement with Hong Kong does not deal, in terms, with the prospect of suspension. Further, public statements of Chinese officials do not appear to advance a specific legal ground for suspension (other than the assertion that the actions of the western nations in question “seriously violated international law”).

There is an undoubted logical connection between the MLA Agreement (facilitating cooperation in the investigation of crime) and the Extradition Agreement (facilitating cooperation in the prosecution and punishment of crime). Notwithstanding this, it would seem similarly difficult to argue that the absence of a readily available bi-lateral international  enforcement  mechanism itself necessarily transforms the burden of cooperation in the investigation of other transnational criminal activity (if China were to itself assert a fundamental change of circumstances).

Additionally, countermeasures (see articles 49 to 54 of the Articles on State Responsibility) might be raised to justify this action, although it is unclear if China expressly invoked this rule. Whilst this issue itself could be the subject of more detailed discussion, it is observed that a core requirement of valid countermeasures is that they be undertaken solely to induce compliance by the other state with its international obligations. As also noted by the ICJ in Gabčíkovo–Nagymaros (at [83]-[85]), a question of proportionality would also arise. On face value, however, it would seem difficult to argue that suspension of the MLA Agreement is itself an inherently disproportionate response to suspension of the Extradition Agreement. Whilst the public statement of the Chinese Foreign Ministry spokesman would appear to leave open the possibility of countermeasures being invoked to justify this action, without knowing more than has been quoted in English-language media outlets, it is difficult to critically assess whether the requisite intention motivated China’s suspension of the MLA Agreement.

So what? Could extradition and/or mutual legal assistance still occur between Australia and Hong Kong?

Although Australia and China’s suspension of the agreements seem to convey clear statements of present intent on this issue, these actions do not preclude cooperation on transnational criminal investigations or prospective extradition to Hong Kong, and indeed China, as such. This is because both nations remain parties to numerous multilateral treaties—such as the United Nations Convention against Transnational Organised Crime and the United Nations Convention against Illicit Traffic in Narcotic Drugs and Psychotropic Substances—which themselves provide standalone legal bases for extradition and mutual legal assistance in criminal matters under international and domestic law.

There also appears to be recognition, from both civil society and government, that cooperation with China on issues such as organised crime and drug trafficking is unquestionably important, regardless of which way the winds of political and diplomatic relations are blowing at any given time. It would appear difficult to argue otherwise.

However, it is worth noting the potential for political considerations to factor into decisions within any Australian extradition or mutual legal assistance process: the Attorney-General, a politician and member of the government of the day, is invested with statutory discretion to decide whether requests are accepted and acted upon by Australia. In this context and set against the current climate, it appears likely that collaboration on this front more generally will be stalled for the time being. This is a conclusion seemingly all the more apparent given China’s tit-for-tat action in itself suspending the two agreements.

Liam MacAndrews is a solicitor at Nyman Gibson Miralis, Sydney. He works in criminal defence, with a practice focussing on international and transnational cases/investigations, extradition, mutual legal assistance, and INTERPOL matters. Prior to this Liam worked as a legal consultant at the Extraordinary Chambers in the Courts of Cambodia.