In Law and Practice: Australia’s Obligation to Prohibit Child Detention in the Context of International Migration 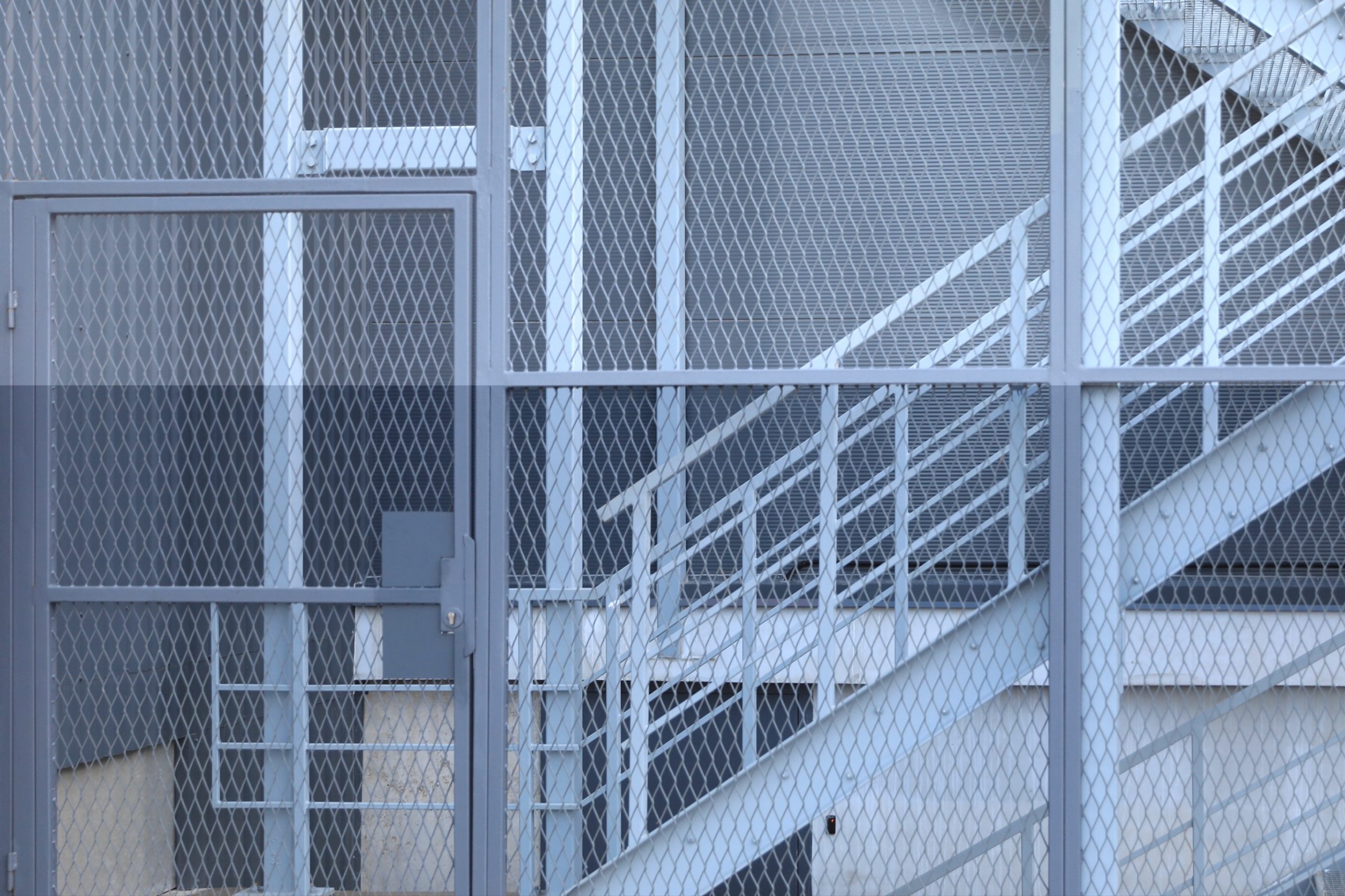 More than three years have passed since the United Nations Committee on the Rights of the Child issued new general comments pronouncing immigration-related detention of children to be a clear violation of the Convention on the Rights of the Child (CRC). However, many States parties to the CRC, including Australia, have failed to adjust their laws and practices to comply with the new international standard. It is time for them to do so.

On 16 November 2017, the Committee on the Rights of the Child published two Joint General Comments together with the Committee on the Protection of the Rights of All Migrant Workers and Members of Their Families that further elaborate on the rights of children and obligations of States in the context of international migration. Joint General Comment Nos. 3 and 22 sets forth general principles concerning the human rights of migrant, refugee and asylum-seeking children, including the best interests of the child principle (CRC Article 3), while Joint General Comment Nos. 4 and 23 focuses on State party obligations in countries of origin, transit, destination and return.

The two Joint General Comments underscore inter alia the requirement that the child’s best interest be paramount where the State is taking any action that affects children, including when it comes to decisions about detention. In Joint General Comment Nos. 4 and 23, the Committee on the Rights of the Child issued a forceful rebuke of child detention in the context of international migration and recognized explicitly for the first time the “fundamental right” of every child to “freedom from immigration detention.” It urged States to “expeditiously and completely cease or eradicate” immigration-related detention of children and asserted that “[a]ny kind of child immigration detention should be forbidden by law[.]”

The 2017 Joint General Comments reflect the culmination of years of building condemnation of immigration detention for children by the international community. Participants at the Committee on the Rights of the Child’s Round Table discussions in Geneva in 2012 emphasized that “regardless of the situation, detention of children on the sole basis of their migration status or that of their parents is a violation of children’s rights, is never in their best interests and is not justifiable.” In 2015, the U.N. Human Rights Council’s Special Rapporteur on torture and other cruel, inhuman or degrading treatment or punishment similarly declared that within the context of administrative immigration enforcement, “the deprivation of liberty of children based on their or their parents’ migration status is never in the best interests of the child.” And on International Migrants’ Day in December 2016, a group of UN experts reiterated that immigration detention is a “clear child rights violation” and never in a child’s best interest. In the more recent Joint General Comment Nos. 4 and 23, the Committee on the Rights of the Child solidified these positions into formal authoritative guidance to State parties to the CRC.

With this latest guidance, the Committee on the Rights of the Child has taken a more progressive, prohibitory stance on the detention of children in the context of international migration than the general rule set forth in the Convention. Pursuant to CRC Article 37(b), detention of a child is permissible when used “only as a measure of last resort and for the shortest appropriate period of time.” However, in the context of international migration, children should never be held in detention. It does not matter if a child is traveling alone (unaccompanied) or with his or her parents (accompanied) or another adult (separated). Nor does it matter if the State lacks other available options. In such cases, it is the State’s obligation to create alternative, non-custodial solutions.

In providing its rationale, the Committee distinguished immigration-related detention from a State’s detention of children as a measure of last resort in domestic spheres such as juvenile criminal justice. The Committee noted that a child’s irregular entry or stay in a country cannot under any circumstances have consequences similar to those for the commission of a crime. According to the Committee, unlike in the context of juvenile criminal justice, the possibility of detaining children as a measure of last resort is not applicable in immigration proceedings because it would conflict with the CRC’s best interests of the child principle and the child’s right to development.

The proscription against a State’s immigration-related detention of children includes when migration and asylum procedures could result in the detention of the child’s parents due to the parents’ (or parent’s) own migration status. When a child’s best interests require keeping the family together, instead of detaining the child along with the parents to prevent separation, it is the Committee’s position that the requirement not to deprive the child of his or her liberty extends to the child’s parents and, therefore, the authorities must select a non-custodial solution for the entire family.

Notwithstanding the Committee’s explicit guidance in 2017, State practice and policies with regards to immigration-related detention lag behind the international standard. UNICEF reported in 2019 that many States parties to the CRC continue to detain children in the context of international migration, including “when holding children in the final stages of a removal order, or in detaining families under the guise of preserving family unity.” Other states have yet to update their immigration laws to prohibit the detention of children. Australia’s Migration Act, for example, still calls for mandatory and indefinite detention of persons arriving without a visa, including those seeking asylum. There is no exemption in the law for children or families traveling with children.

Australia, as a State party to the CRC, has an obligation to ensure full compliance – in law and in practice – with the treaty. Pursuant to CRC Article 4, States parties must undertake all appropriate legislative measures necessary for the implementation of treaty rights. General Comment No. 5, which provides the Committee on the Rights of the Child’s authoritative guidance on Article 4, affirms that a comprehensive review of all domestic legislation to ensure full compliance is an obligation for States parties. And in Joint General Comment Nos. 3 and 22, the Committee similarly explains that States parties “have a duty to ensure that the principles and provisions” of the CRC “are fully reflected” in the relevant domestic legislation. As outlined above, child immigration detention has now been declared a clear violation of the CRC and freedom from immigration detention has been recognized as a fundamental right of all children. Thus, Australia’s obligations under the CRC are not limited to ending child immigration detention in practice, but include enacting or amending relevant legislation to ensure the law complies with the treaty, including the treaty’s best interest principle.

The government’s non-compliance with the CRC may be due to the fact that child immigration detention has become almost non-existent in Australia in recent years. The latest statistics published by Australia’s Department of Home Affairs on 31 January 2021 suggest that fewer than five children are being held in immigration detention facilities. In fact, only two children remain in Australia’s detention network and are being held in an Alternative Place of Detention on Christmas Island. The latest statistics also show that no children remain in the offshore processing centers on Nauru and Papua New Guinea. But eliminating – or virtually eliminating – the practice of detaining children is not sufficient to fulfil Australia’s legal obligations under the CRC. And as long as the detention of children in the context of international migration is permitted – and even mandated – under the law, Australia remains in violation of its international obligations.

In what may be considered a shift in position, the Australian government indicated support for several recommendations on ending immigration-related detention of children at its recent Universal Periodic Review in January 2021. Several of these recommendations spoke only to the practice of detaining children; however, it also “supported” recommendations to review its migration laws and policies to bring them in compliance with international obligations on the rights of the child. Of course the sincerity of the government’s support on the matter is yet to be seen. Notably, a bill to amend the Migration Act was introduced just last year, but it contained no amendments aimed at ending the mandatory detention of children and families arriving without visas. Nor did it include any amendment to prohibit the detention of children and families in other immigration contexts. Rather, the bill introduced additional restrictive measures that may be imposed upon detainees such as confiscation of cell phones.

If Australia wishes to comply with its obligations under the CRC, it must end the detention of all children in the context of international migration both in law and in practice and provide instead non-custodial solutions. This means not only the release of the family held on Christmas Island into a community setting, but it also means amending its Migration Act of 1958 to prohibit placing children and families in immigration detention in all circumstances.

Kristie Bluett is an international human rights lawyer and independent consultant and researcher. Most recently, she has served as a consultant for the American Bar Association Center for Human Rights and the UN High Commissioner for Refugees. From 2014-2017, Ms. Bluett co-taught the International Women’s Human Rights Clinic at Georgetown University Law Center in Washington, D.C. And in 2017-2018, she provided pro bono legal counseling to asylum-seekers on the Greek island of Leros. Her research and publications focus primarily on individuals’ rights and States parties’ obligations under the UN human rights treaty system. The views expressed in this Perspective are her own and should not be attributed to any professional association.