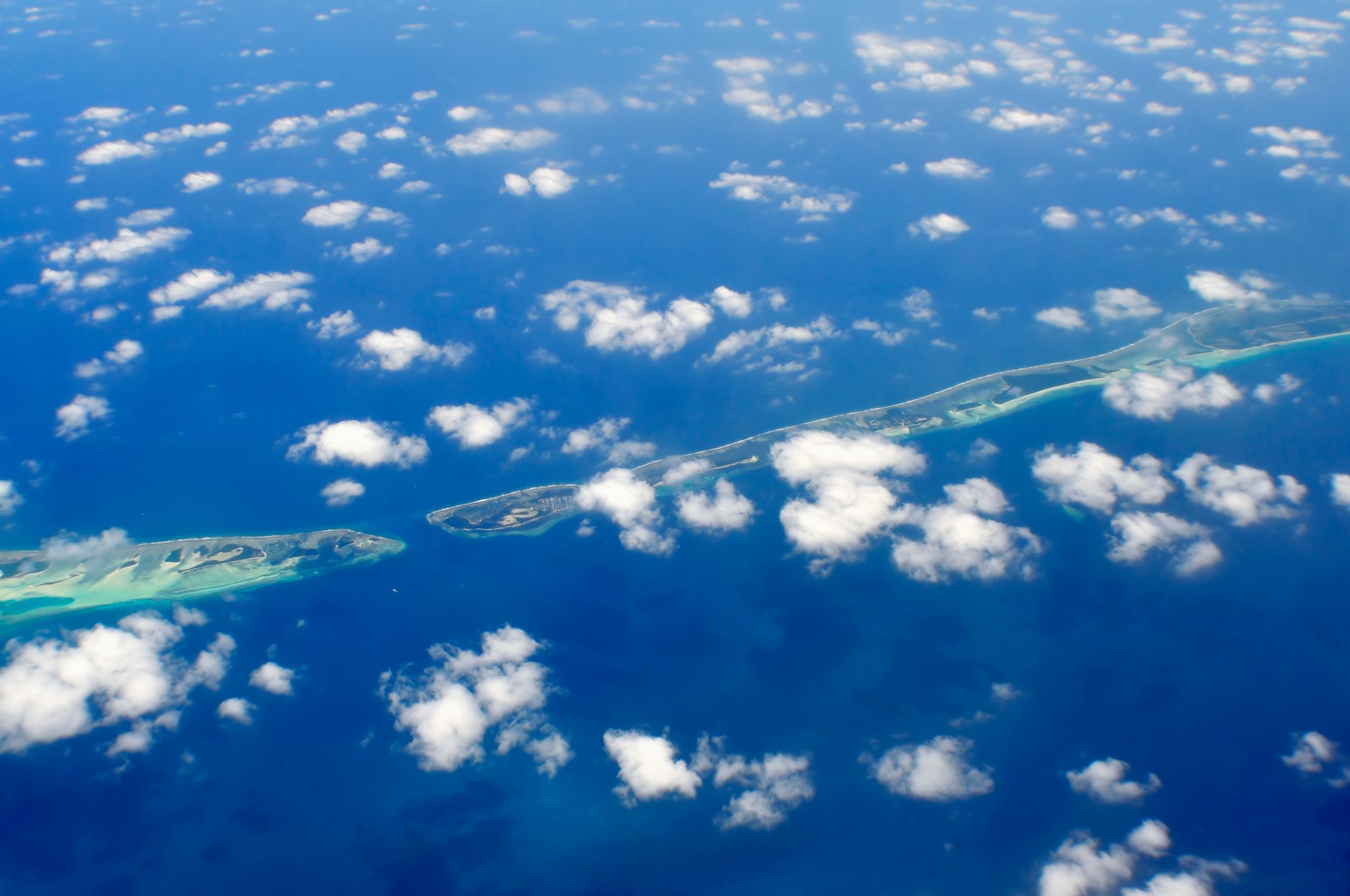 On 28 January 2021 a Special Chamber of the International Tribunal for the Law of the Sea (ITLOS) delivered its decision in the preliminary objections stage of the Indian Ocean maritime boundary dispute between Mauritius and the Maldives.  Belying its dry nomenclature, this case has implications well beyond the 1982 United Nations Convention on the Law of the Sea (UNCLOS).  The Special Chamber dismissed the jurisdictional objections of the Maldives and proceeded on the basis that Mauritius is the relevant sovereign coastal state for the Chagos Archipelago, following the 2019 Advisory Opinion of the ICJ on the Legal Consequences of the Separation of the Chagos Archipelago from Mauritius in 1965 notwithstanding the non-binding status of the advisory decision.  This decision has implications for how we characterise ‘law’, the continuing relevance of consent to the international legal system and the authoritative nature of international law.

Background to the Chagos Archipelago Dispute

In response to Mauritius’ submission to the Special ITLOS Chamber, the Maldives put forward five preliminary objections to jurisdiction, all of which were rejected by the Special Chamber [354].  For the purposes of this Perspective, only one objection will be assessed, namely, that the Chamber lacked jurisdiction to determine the unresolved sovereignty dispute between Mauritius and the UK, and that such a determination is a necessary pre-requisite to determine Mauritius’ maritime claims, that are based on its status as the relevant coastal state for the Chagos Archipelago [101].

The Chamber uncontroversially accepted the first part of the Maldives’ assertion, that a dispute ‘requiring the determination of a question of territorial sovereignty, may not be regarded as a dispute concerning the interpretation or application’ of UNCLOS pursuant to Article 288(1) of the Convention.  This conclusion is consistent with the 2015 Chagos MPA Arbitration, the  2016 South China Sea Arbitration and the 2020 Coastal State Rights in the Black Sea dispute between Ukraine and Russia (preliminary objections).

However, it rejected the second part of the Maldives’ objection: that a determination of the sovereignty dispute between the UK and Mauritius is a pre-requisite to determining a maritime boundary between Mauritius and the Maldives.  Rather, the Special Chamber found that it was able to proceed on the basis that Mauritius was the coastal state for the Chagos Archipelago for the purposes of maritime boundary delimitation, notwithstanding that the process of decolonization has yet to be completed [250].  The Chamber relied on both the ICJ Advisory Opinion and UNGA Res. 73/295 in coming to this conclusion.  In a nuanced decision, the Special Chamber drew ‘a distinction between the binding character and the authoritative nature of an advisory opinion of the ICJ’ [203].  It conceded that ICJ advisory opinions cannot be considered legally binding [202], but nevertheless can provide ‘an authoritative statement of international law on the questions with which it deals.’ [203] The Chamber emphasized that ‘judicial determinations made in advisory opinions carry no less weight and authority than those in judgments because they are made with the same rigour and scrutiny by the “principal judicial organ” of the United Nations with competence in matters of international law.’ [203]  It concluded that the ICJ’s determination that the Chagos Archipelago is part of Mauritius [243] and the UK’s ‘continued administration of the Chagos Archipelago to be an unlawful act of a continuing character’ [245]  had ‘legal effect’ [205] and allowed the Chamber to proceed on the basis that Mauritius was (and is) the coastal state for the purpose of the proceedings without having to make a determination to that effect in the case itself.  The Chamber further stated that post 2019, any UK claim to sovereignty over the Chagos Archipelago was nothing more than a ‘mere assertion’ but ‘such assertion does not prove the existence of a [sovereignty] dispute’ between Mauritius and the UK [243].  This conclusion also permitted the Chamber to reject the first objection raised by the Maldives; that the UK is an indispensable third party whose rights would be affected by the case [80 – 100, 247].

The distinction between a legal act and a legal fact – both of which may give rise to legal effects – has growing resonance within international law where the boundaries between formal and informal law-making are increasingly permeable.  This decision takes legal facts as determined in an advisory opinion and recommendatory UNGA resolution and, in effect, elevates them to a legal act, creating binding legal obligations for the states party to the dispute and the international community (including the UK) more generally.  The centrality of the advisory opinion to the decision is demonstrated by the distinction drawn between this case and the 2020 Coastal States Rights Case where, notwithstanding relevant UNGA resolutions, the Arbitral Tribunal found that it had no jurisdiction over Ukraine’s claims to the extent that a ruling would necessarily require it to ‘decide, directly or implicitly, on the sovereignty of either Party over Crimea’ [492].  In Mauritius/ Maldives,the Special Chamber asserted that in the Coastal States Rights Case the Arbitral Tribunal ‘did not have the benefit of prior authoritative determination of the main issues relating to sovereignty claims to Crimea by any judicial body.  However, that does not seem to be the case in the present proceedings’ [244].

This decision represents the latest challenge to international law as a system of law largely based on the consent of its primary actors: states.  On the one hand, it can be said to reflect a maturing system of law whereby a state cannot simply refuse to be bound by law by failing to consent to or recognise relevant authoritative decisions.  On the other hand, it risks undermining the authoritative nature of the law itself.  The UK has rejected both the ICJ Advisory Opinion and UNGA Res. 73/295 and does not ‘merely assert’ a claim to the Chagos Archipelago (as stated by the Special Tribunal) but in fact continues to administer the territory to the exclusion of Mauritius.  The finding that there was but, post 2019, is no longer a sovereignty dispute between Mauritius and the UK [242 – 243] contradicts not only the facts as they existed immediately prior to Mauritius’ submissions in this case, but also the ICJ assertion that it was not asked to ‘resolve a territorial dispute between two States’ [Chagos Advisory Opinion, [86]).  The conclusion of the Special Chamber that the UK is no longer sovereign in respect of the Chagos Archipelago in the absence of any judicial or other determination (such as by the UN Security Council) that is formally binding on the UK creates significant uncertainty not just for the parties involved (including the Maldives and, arguably, the US) but for the international community more generally, including international organisations such as relevant regional fisheries organisations and the UNCLOS Commission on the Continental Shelf. On 8 February 2021, in response to a question in Parliament, the British Secretary of State for Defence asserted that the Mauritius/ Maldives decision has ‘no effect for the UK or for maritime delimitation between the UK (in respect of the British Indian Ocean Territory) and the Republic of the Maldives’ as the UK was not a party to the proceedings.  The next stage in the proceedings in the Mauritius/ Maldives maritime boundary dispute will begin in mid-2021 when Mauritius is due to submit its Memorial.

This Perspective is developed in a longer work on the Mauritius/ Maldives dispute, currently under preparation.

Karen N. Scott is a Professor of Law at the University of Canterbury, New Zealand and President of ANZSIL. She is the current President of ANZSIL and Editor-in-Chief of Ocean Development and International Law.  She researches and teaches in the areas of the law of the sea, international environmental law and Antarctic law and policy.