Legal Options for Cross-Border Humanitarian Assistance in Syria, with or without the Security Council 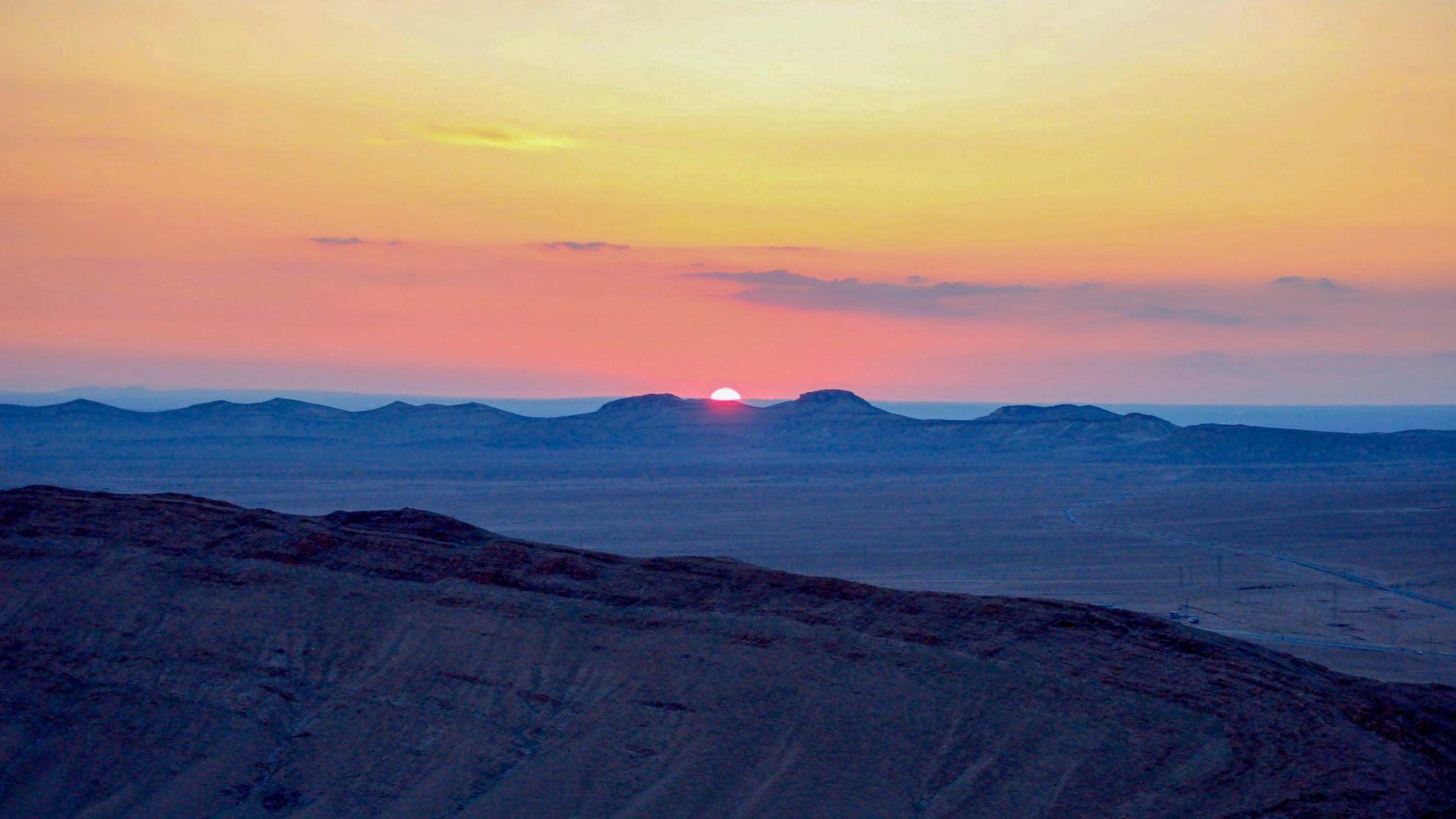 Over a period of five days earlier this month, the UN Security Council conducted nine rounds of voting on five draft resolutions, before finally reaching a compromise on the issue of whether to authorise cross-border humanitarian assistance to millions of desperately vulnerable people in northwest Syria. The compromise – Security Council Resolution 2533 – was to allow aid to pass through just one of the two Turkish border crossings that previously had been authorised by the Council. It effectively cuts off humanitarian assistance to 1.3 million people in the Aleppo governorate – an outcome that humanitarian agencies had spent weeks of intensive lobbying trying to avoid. The Council was, quite literally, haggling over people’s lives.

The Security Council’s authorisation for cross-border humanitarian assistance in Syria has been in place since 2014, when the Council passed Resolution 2165, authorising UN agencies and their partners to provide assistance via four designated border crossings: two from Turkey, one from Iraq and one from Jordan. The Council’s authorisation is seen as necessary, because the Syrian Government so heavily restricts access to non-government areas from the Syrian capital of Damascus. For five years the authorisation was renewed annually, benefiting more than four million Syrians. Then in January this year, the Council was forced by Russia – which regards cross-border assistance as a violation of Syria’s sovereignty – to drop the Iraqi and Jordanian crossings. The result was Resolution 2504, which re- authorised only the two border crossings allowing access from Turkey into northwest Syria, for just six months. The closure of the Iraqi crossing effectively cut off UN-supported humanitarian assistance for more than a million Syrians in the northeast.

Now, with the additional closure of one of the Turkish border crossings, the cross-border assistance that previously supplied four million people across the whole of non-government controlled northern Syria must be channelled through just one border crossing.

UN humanitarian agencies have formed the view that without Security Council authorisation, it would be illegal for UN agencies to cross borders to provide humanitarian assistance in Syria without Syrian Government consent. NGOs may operate without Security Council authorisation, but practically, this is difficult without the UN. The UN provides funding to NGOs, including $300 million annually through the Syria cross-border fund. The UN provides logistics support, vaccinations, COVID-19 testing kits, and personal protective equipment. In northwest Syria alone the UN World Food Program delivers food to 1.3 million people. NGOs say they would ‘struggle to even begin to fill the enormous void left by the UN’.

This all begs a critical question: are UN humanitarian agencies correct to conclude that humanitarian assistance provided without the consent of the Syrian Government, even in areas outside government control, is illegal? If not, it’s a misinterpretation with enormous humanitarian consequences. Such was the view expressed by 35 prominent international lawyers in an open letter in 2014, which argued that Syria’s humanitarian suffering was being ‘compounded by … an overly cautious interpretation of international humanitarian law’. That letter was written prior to the Council’s initial authorisation of cross-border assistance, but is equally valid today, with two of the previously authorised border crossings now gone.

Various rules of international law play into the question of whether humanitarian assistance provided without the consent of the host state is illegal, and it is beyond the scope of this article to examine all of them. Just two issues will be highlighted here.

The first is the question of exactly what rule of international law UN agencies would breach if they were to provide humanitarian assistance in northern Syria without Syrian Government consent. Customary international humanitarian law (IHL), as interpreted by the ICRC, says that parties to conflicts must allow humanitarian relief for civilians in need, ‘subject to their right of control’. It is generally agreed that consent from the host state is required, but cannot be arbitrarily withheld. IHL does not explicitly say that if consent is arbitrarily withheld, assistance that is exclusively humanitarian in nature, provided without that consent, is illegal.

The general view holds that humanitarian assistance provided without the consent of the host state violates the international law principle of non-intervention in the domestic affairs of a state (see here, for example). But this is founded on the assumption that responsibility for ensuring a population’s lifesaving needs are met – or, to use the language of international human rights law, ensuring ‘the satisfaction of … minimum essential levels’ of a population’s basic rights – falls within a state’s domaineréservé.International law is not at all clear that this is the case; indeed, it suggests the opposite. In 1970, the International Court of Justice (ICJ) said that the ‘rules concerning the basic rights of the human person’ are ‘by their very nature … the concern of all states’. Similarly in 1989, the International Law Institute affirmed that a state which breaches its human rights obligations ‘cannot evade its international responsibility by claiming that such matters are essentially within its domestic jurisdiction’. Many scholars agree that a state’s domaineréservédoes not encompass an absolute freedom to violate human rights (see here and here, for example).

Accepting all this, why is there persistent adherence to the view that providing humanitarian assistance for the sole purpose of allowing people to enjoy their basic rights breaches the principle of non- intervention? Such a view contrasts with the statement of the ICJ in Nicaraguain 1986, that ‘the provision of strictly humanitarian aid to persons … in another country … cannot be regarded as unlawful intervention’. Admittedly, the ICJ was talking about the provision of assistance to the Nicaraguan contrasat the border, and some scholars have interpreted the ICJ’s statement to be limited to this scenario. This, however, seems an unnecessarily restrictive interpretation, when so much could be gained from a more expansive one.

The second issue is that international law recognises a defence of necessity – affirmed by the ICJ as ‘a ground recognised by customary international law for precluding the wrongfulness of an act not in conformity with an international obligation.’ The International Law Commission (ILC), in its Draft Articles on State Responsibility as well as Draft Articles on the Responsibility of International Organisations, has said that necessity may preclude the wrongfulness of an otherwise unlawful act, if that act is the only way of safeguarding an essential interest threatened by a grave and imminent peril. The ILC’s commentaries list ‘ensuring the safety of a civilian population’ as one of the essential interests in relation to which the plea of necessity has been invoked. In 2014, the Dutch Advisory Committee on Public International Law said that ‘necessity could perhaps be successfully invoked if the civilian population faced a serious and imminent threat, for example starvation or a devastating epidemic’.

There are few unsettled questions of international law that have such immediate bearing on millions of people’s lives. If UN humanitarian agencies were to interpret the law as allowing cross-border humanitarian assistance without Security Council authorisation, they would still need to consider a host of practical difficulties related to operating without government consent. However, in light of the fact that the assistance in question is provided from neighboring countries with the cooperation of local authorities, such difficulties are less insurmountable than they might be in other contexts. The purposes of the UN include ‘achiev[ing] international co-operation in solving international problems of an…humanitarian character’. This purpose would not appear to be served by restrictively interpreting the law in a manner that preferences state sovereignty above the alleviation of humanitarian suffering.

Rebecca Barber is a PhD scholar with the TC Beirne School of Law and the Asia Pacific Centre for the Responsibility to Protect, University of Queensland. Prior to undertaking her PhD, she had a career with international humanitarian NGOs, managing human rights and legal assistance programs, as well as multi-sector humanitarian response programs, in a series of humanitarian crisis in South Asia, Southeast Asia and Africa. She has also worked as a humanitarian advocacy advisor with Oxfam and Save the Children, and as a lecturer with Deakin University’s Centre for Humanitarian Leadership.