On Some Recent Universal Jurisdiction Contexts and Cycles 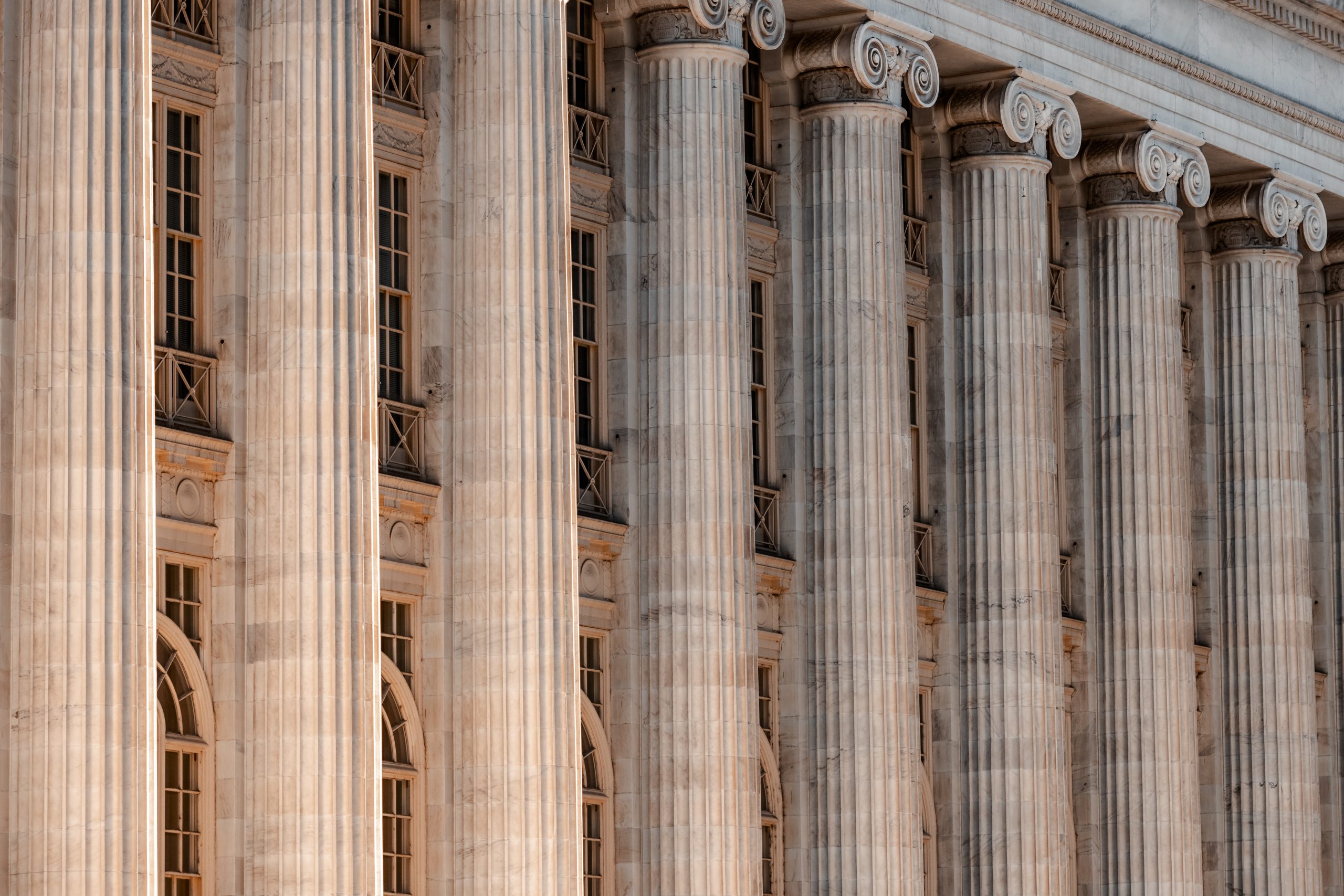 It could be argued that the progress of universal jurisdiction has been defined by cycles, in that it has had periods of relative dormancy, at least in terms of profile, and phases of resurgence. The mere claim that there can exist a ‘universal criminal jurisdiction’ albeit for certain grave and selected crimes, is a claim that evokes great political sensitivity and legal confusion.

Maximo Langer surveyed 1051 universal jurisdiction related complaints received by public authorities in different nations and juxtaposed this with the numbers that went into trial and the nationality of the defendants. This revealed that in the case of 87 complaints brought against citizens of Rwanda, 11 went on to the trial stage. In contrast, of the 55 that were brought against nationals of the United States and 44 against Chinese nationals, a grand total of zero went onto the trial phase.

As a doctrine, universal jurisdiction on the one hand may not be dependent on the United Nations or multilateral frameworks for its implementation but, on the other hand, needs to tread the delicate space between acting upon intangible and sometimes imaginary consensus within the international community. Add to this State behaviour that has the potential to be volatile based on international relations incentives and we can start to see why the use of universal jurisdiction has the potential to possess a cyclical character. For this reason, any review of universal jurisdiction related developments that ignores the political components that revolve around it will most likely lead to incomplete conclusions.

For example, a closer look at the Spanish experience over the last three decades points to both the cyclical ups and downs that have been faced by universal jurisdiction as well as the impact of decisions of a non-judicial nature on the creation of these cycles. The 2014 decision by the Spanish parliament that significantly diluted the ability of the nations’ courts to initiate such proceedings remains important in this context.

An extraordinary phase of revival

More recently, universal jurisdiction proceedings have undergone a renewal perhaps due to more domestic awareness, the arrival and presence of perpetrators in states with universal jurisdiction legislation, the establishment and empowerment of specialized units within national prosecution and investigation agencies, and partly as a response to the existence of stalemates and resource related issues in the international context.

Structural and focused investigations in Germany have led to multiple developments targeting perpetrators who were living in the country.  Most notably, a judgment of the Higher Regional Court of Koblenz of 24 February 2021 convicted a Syrian official belonging to the Assad regime’s secret service of crimes against humanity. This followed a judgment, from January 2021, delivered by the German Federal Court of Justice dealing with a former officer of the Afghan National Army who was in German territory, which held that State officials do not enjoy functional immunity under international law in the case of international crimes.  The judgment while narrow in its construction has been described as having the potential to be pioneering. Another verdict from the Frankfurt regional court, from November 2021, became the world’s first verdict to hold that genocide was committed against the Yazidi people, while sentencing an Iraqi member of the Islamic State to life in jail.

Whether these proceedings will lead to the evidence collected being used for future evidence-sharing, the prosecution of higher officials, or will meet the threshold to invite political action, remains to be seen. In relation to this, if higher officials will in fact be targeted and tried, more hierarchies confronted, and politically high-cost proceedings both come into fruition and survive. All this should play a role in how this cycle of universal jurisdiction proceedings and its distinct, individual components will be judged.

In Sweden, the owner and chief executive of the Swedish company Lundin energy was charged by Swedish prosecutors of complicity in grave war crimes committed in Sudan. The company officials have been charged with asking the Sudanese government to secure an oil field, despite understanding or choosing to be indifferent to the fact that such securing would have had to be done by force and in violation of international humanitarian law. It may be contended that this is not a universal jurisdiction case, but it is still a useful example of how multinational and extraterritorial issues can be tried.

Other recent updates also reflect the distinct ability of universal jurisdiction proceedings to look backward and identify impunity gaps in relation to historical crimes and periods.  This is a characteristic that has the capability to allow such proceedings to penetrate spaces and bring justice to issues that may escape the focus of international mechanisms. Time, resources and political wrangling can be managed.

The Jesuits massacre trial that was held in 2020  in Spain, in which an El-Salvadoran colonel was convicted for his role in the murder of six Jesuit priests and two women (some of whom were Spanish citizens) in November 1989 as well as the recent indictment by an Argentine judge of Rodolfo Martin Villa, a former minister of the Franco regime (on the basis of a complaint by an Argentinian relative of a Spanish victim) showcase the possibilities of universal jurisdiction. The fact that the latter indictment was made despite a letter sent to the judge by four former Spanish Prime Ministers, from across the political spectrum, discrediting the charges, point to political factors that may play a role as the trial progresses.

Universal Jurisdiction at the United Nations

In 2005, the Institute of International Law adopted a resolution during its Krakow session, on “Universal Criminal Jurisdiction with regard to the crimes of genocide, crimes against humanity and war crimes”, which contained the following excerpt:

“the jurisdiction of States to prosecute crimes committed by non-nationals in the territory of another State must be governed by clear rules in order to ensure legal certainty and the reasonable exercise of that jurisdiction”.

This may seem self-evident, but the reality is that 15 years later the 75th and 76th sessions of the United Nations General Assembly saw States expressing their frustration in relation to the lack of clarity as to what universal jurisdiction, in a true sense, signifies. Clarity would aid the understanding of how it is supposed to interact with international courts and tribunals and the principle of subsidiarity.

State expressions of concerns persist : The submission of the African Union in particular stated that “the exercise of universal jurisdiction cannot do away with the legal obligations provided in international Law without running the risk of contradicting the very international law upon which it purports to rely” while  concluding that it “is not against the use but it is against the misuse of the principle of Universal Jurisdiction”.

Despite such objections, more nations are removing obstacles and incorporating universal jurisdiction enabling provisions into their domestic law, with Costa Rica even expanding on the traditional focus and scope of such provisions with a 2019 amendment bringing under the purview of the nation’s universal jurisdiction enabling Act, “the responsibility of legal persons for domestic bribery, transnational bribery and other offences”.

Next year we can anticipate a draft resolution recognizing this diversity of views on the role and purpose of universal jurisdiction from the 76th session working party.

Being universal in an unbalanced world

Gerry Simpson in his book, “Great Powers and Outlaw States Unequal Sovereigns in the International Legal Order” describes the international legal order as a product of the interaction between 3 languages: the language of sovereign equality, the language of great power prerogatives and the language of anti-pluralism. In some ways, the cycles of universal jurisdiction interact with these languages and to some degree, any lack of clarity may merely be a reflection of universal jurisdiction’s intrinsic, decentralized nature, and of having to be ‘universal’ in an unbalanced world.

Kiran Mohandas Menon is a Hardiman Doctoral Scholar at the Irish Center for Human Rights. From 2017-2021, he worked at the International Nuremberg Principles Academy. The author wishes to thank the organisers of the Association of Defence Counsel practising before the International Courts and Tribunals (ADC-ICT) 2021 annual review, as parts of this article were initially prepared as a panel presentation for that event.