Perceived Threats to the Making and Enforcement of International Law 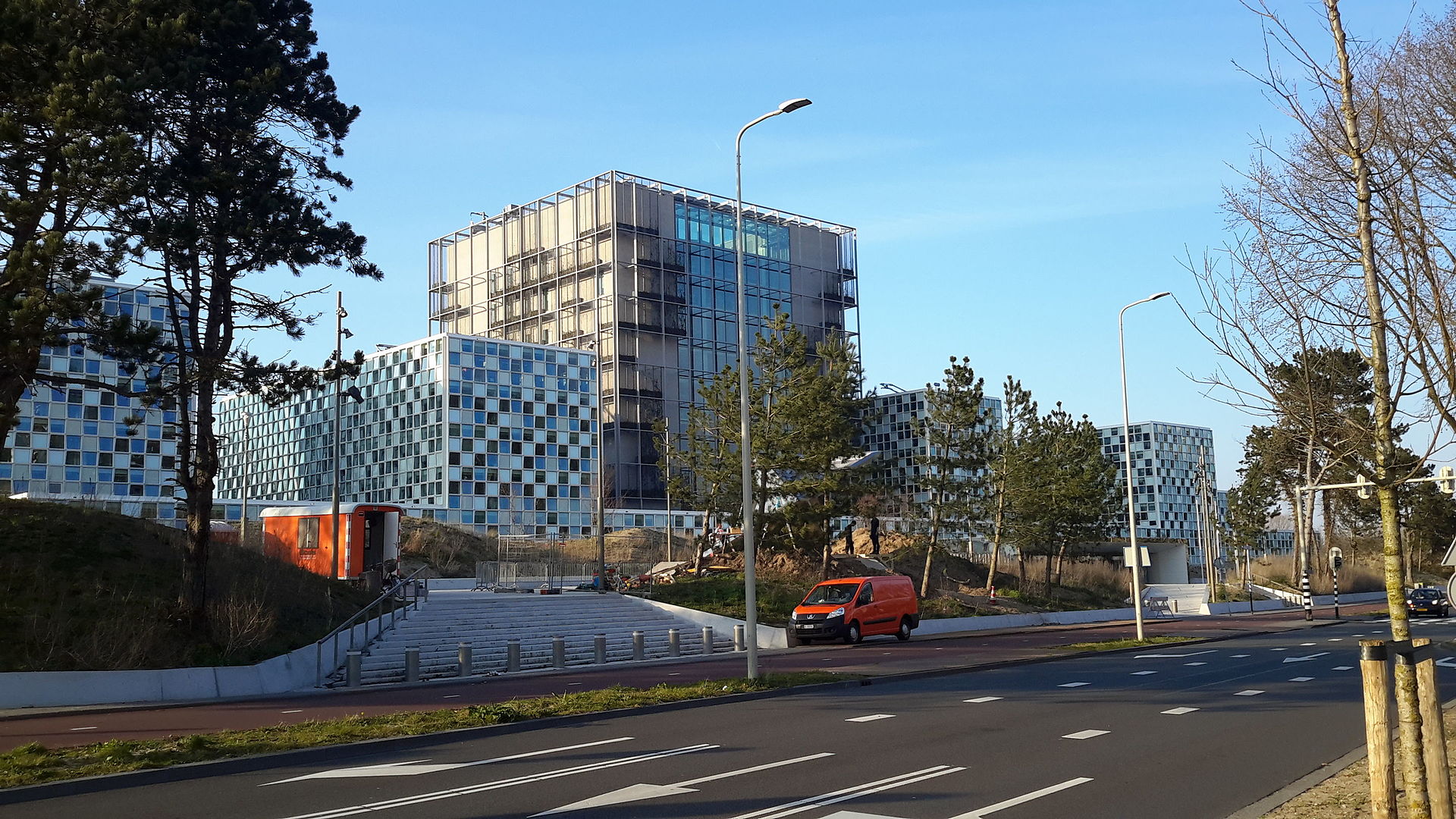 Threats to the development and acceptance of rules of international law

First, with some notable exceptions, it is becoming increasingly difficult to develop new and effective treaty rules on matters requiring global attention, where the subject matter is challenging and/or the threat faced is both imminent and real. Without attempting to be comprehensive, the factors behind this difficulty include national interest – some would say national self-interest – differing national perceptions of the problem to be addressed and ideological differences.

An example of treaty negotiations on an important matter which have been dogged for decades by such factors are the negotiations for a Comprehensive Convention on International Terrorism which commenced in 1996 and are ongoing. Indeed, one of the fundamental sticking points continues to be the very definition of ‘terrorism’.

Then there is the matter of the effectiveness of new treaties that are negotiated, in terms of the robustness of the text. Resorting to the lowest common denominator, or vague language which is capable of varying interpretations (so-called ‘constructive ambiguity’) or expressly giving an individual party a licence to determine the extent of its own obligations under a treaty – these factors lessen the effectiveness of treaties. Many will respond that it was ever been thus – but is the problem getting worse?

The Paris Agreement on climate change rightly is regarded as a success but how effective will it really be in combatting climate change given the looseness of language in some of its key provisions such as Article 4.2, which provides: ‘Each Party shall prepare, communicate and maintain successive nationally determined contributions that it intends to achieve. Parties shall pursue domestic mitigation measures, with the aim of achieving the objectives of such contributions’ [emphasis added]. The weakness of those provisions has been identified by former US National Security Adviser John Bolton as one reason why the US withdrew its signature from the Paris Agreement: ‘That deal had all the real-world impact on climate change of telling your prayer beads and lighting candles in church…The agreement simply requires signatories to set national goals but doesn’t say what those goals should be, nor does it contain enforcement mechanisms.’ (John Bolton, The Room Where it Happened, Simon and Schuster, 2020, 173). To be fair, there were other far more political reasons behind the US withdrawal and it would be interesting to know the extent of US involvement in the drafting of provisions such as  Article 4.2.

By way of contrast, an example of a recent treaty that does address in firm and binding terms a global threat perceived by a significant number of states is the Treaty on the Prohibition of Nuclear Weapons of 7 July 2017. It was adopted despite significant opposition or disinterest on the part of other States. As of 8 October 2020, 46 states, including New Zealand, had ratified the Treaty with a total of 50 being required for its entry into force. An example of the firm language used in the treaty is Article 1 which in part provides that ‘Each State Party undertakes never under any circumstances to …develop, test, produce, manufacture, … use or threaten to use nuclear weapons or other nuclear explosive devices…’. Of course, the Treaty may not be effective for an entirely different reason – that being non-participation by the nuclear weapons states and their allies. In this respect, the Australian Department of Foreign Affairs and Trade website contains a succinct statement of the position of the current Australian Government: ‘Australia does not support the “ban treaty” which we believe would not eliminate a single nuclear weapon.’ Nevertheless, the Treaty does lay a good foundation for the ultimate prohibition of nuclear weapons under international law should that occur at some time in the future.

A second point concerns states that routinely do not become a party to treaties they have been involved in negotiating or, where they have accepted those treaties and then withdrawn, the US being the most prominent example.

The US does have the constitutional requirement for the concurrence of a two third’s majority of the Senate which can inhibit its acceptance of many treaties such as the 1982 United Nations Convention on the Law of the Sea (the 1982 Convention). That aside, its withdrawal from – or stated intention not to become a party to – a significant number of treaties has ballooned under the current administration. One recent example is the April 2019 announcement by President Trump of his intention to withdraw US signature of the Arms Trade Treaty and in so doing stating ‘we will never allow foreign bureaucrats to trample on your Second Amendment Freedoms.’ Other examples include the Intermediate-Range Nuclear Forces Treaty, the Paris Agreement mentioned above, the Trans-Pacific Partnership and the Iran nuclear deal (Joint Comprehensive Plan of Action). In many cases the US has played a key role in the negotiation of the relevant multilateral agreements and had a significant influence on their content. That content may have been very different had the US not been involved in the negotiations. The US also has pulled out recently from participating in various bodies such as the UN Human Rights Council and UNESCO.

How should other States react? They should press ahead and not be influenced by such action or inaction. This has happened – witness the European Union and others pressing ahead with the Iran nuclear deal and the continued negotiation and entry into force of the Comprehensive and Progressive Agreement for Trans-Pacific Partnership.

Threats to the enforcement of existing rules of international law

The first such threat relates to States seeking to withdraw from, or significantly qualify their acceptance of, the jurisdiction of international courts and tribunals either in anticipation of, or as a response to an adverse decision. Again, this is nothing new – older examples being France’s 1974 withdrawal of its acceptance of the ICJ jurisdiction under Article 36 (2) of the ICJ Statute in anticipation of a legal challenge to its then atmospheric nuclear testing and Australia’s 2002 exclusion of maritime boundary delimitation from its acceptance of ICJ jurisdiction under Article 36(2) at a time when it was negotiating maritime boundaries with both New Zealand and Timor-Leste.

But is the trend of withdrawal increasing? More recently, Japan qualified its acceptance of the ICJ jurisdiction to exclude the exploitation of marine resources, including whales, six months after it lost the Whaling in the Antarctic Case in the ICJ. The United Kingdom in 2017 made two further qualifications to its acceptance of ICJ jurisdiction, one procedural concerning prior notice of a claim and one substantive concerning nuclear weapons and disarmament. Even more recently, the US announced that it would be withdrawing from its Treaty of Amity with Iran and the Optional Protocol to the Vienna Convention on Diplomatic Relations after it was taken to the ICJ by Iran and Palestine respectively. John Bolton when he was US National Security Adviser is reported to have said that ‘the US will commence a review of all international agreements that may expose the United States to purported binding jurisdiction, dispute resolution in the International Court of Justice’ and that ‘the United States will not sit idly by as baseless politicised claims are brought against us’ having described the Court as “politicised and ineffective”.

Secondly, and perhaps even worse, is the outright rejection by certain States of the undoubted jurisdiction of a court or tribunal even where the jurisdiction has formally accepted by those States – usually by simply not turning up to the hearing. Prominent recent examples include the refusal of the Russian Federation to participate in the Arctic Sunrise Annex VII Arbitration under the 1982 Convention and China’s ‘have your cake and eat it too’ non-participation in the South China Sea Annex VII arbitration. While it did not turn up to the arbitration, it did provide a position paper and other material to the arbitral tribunal setting out comprehensively its views on various matters relating to the case. By way of response to the refusal of state to participate, Courts and tribunals, as well as applicant states, have taken the proper course and simply pressed on regardless.

However, any over-reach by international courts and tribunals both in terms of jurisdiction and substantive findings will only serve to exacerbate these two trends of withdrawal from jurisdiction and non-participation. Examples of recent jurisdictional and discretionary over-reach include the Legal Consequences of the Separation of the Chagos Archipelago from Mauritius in 1965, Advisory Opinion of the ICJ and the Request for Advisory Opinion submitted by the Sub-Regional Fisheries Commission, Advisory Opinion of the International Tribunal for the Law of the Sea. A relatively recent example of substantive over-reach are the findings of the Annex VII Tribunal in the South China Sea Arbitration in relation to the interpretation and application of Article 121 of the 1982 Convention concerning the relevance of islands in the declaration of maritime zones.

One additional point concerns the failure at times on  the part of the national governments of states to accept, acknowledge or even recognise the relevance of international law to a particular issue. This can lead governments not to seek advice on whether a proposed action is consistent with their obligations under international law or to ignore such advice with attendant consequences such as international criticism or international litigation. One solution may be the development of a closer relationship between legal advisers and those in the government with a view to raising the level of awareness in government about the importance of compliance with international law. However the ability to do this is dependent on the receptiveness of the government of the day as recent events in the United Kingdom concerning its Internal Market Bill illustrate. Another avenue is what has been described as ‘aggressive’ legal advice – an unfortunate term for the routine and pro-active practice of an international legal adviser providing advice to a national government without having received a request for that advice.

The purpose of this article is not to cause despondency about the place of international law in the 21st century, but rather to identify some factors that need to be recognised and addressed in order to enhance the role of international law as a key pillar supporting international relations. It is apparent from the above analysis that the starting point for such recognition and remedial action is at the level of national governments.

Bill Campbell QC was variously General Counsel (International Law) and head of the Office of International Law, Australian Attorney-General's Department from 1996 to 2018. In those capacities he advised successive Australian Governments on all areas of international law and had responsibility for the conduct of Australia’s litigation before international courts and tribunals, including the Whaling in the Antarctic case in the ICJ. He currently holds an appointment as Honorary Professor at the ANU College of Law.