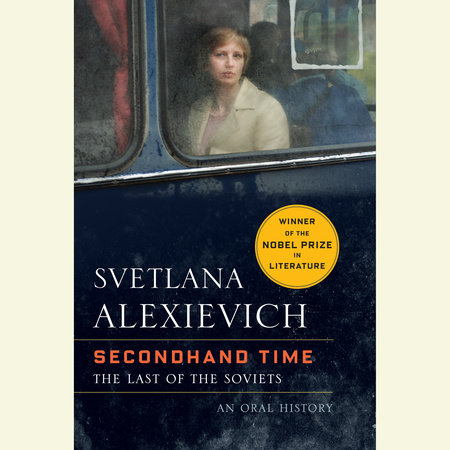 Few books help us understand Russia’s invasion of Ukraine as well as Second-Hand Time, authored by the Ukrainian-born Belarusian writer Svetlana Alexievich (London, Fitzcarraldo Editions 2016). Based on hundreds of interviews, it collects the voices of many individuals on the impact of the Soviet Union’s collapse on multiple segments of Russian society, from the powerful to the anonymous, in Moscow and in the periphery of the Union, for the old and the young, from generals to civilians. What is the connection between understanding the present and recent past of Russia and international law? It is trite to say that States’ international decisions are intimately connected with domestic politics, as Robert Putman illustrated years ago.

Putnam’s analysis referred to well-functioning democracies, but it still applies to autocratic systems in imperfect democracies.

In this case, the Russian internal context shaped the decision to go to war and contravene key tenets of the international law order: the UN Charter, international humanitarian law, and the Rome Statute, among others.

The book was published in 2013, months before Russia occupied Crimea. In 2015, Alexievich was awarded the Nobel Prize in Literature. Second-Hand Time presents only the voices and leaves the analysis entirely to the reader. On this structure, she says “I’m piecing the history of ‘domestic’, ‘interior’ socialism … I’ve always been drawn to this miniature expanse: one person, the individual. It’s where everything really happens”.

Second-Hand Time reveals certain segments of Russian society that were relevant decades before the invasion and may play a role in subsequent phases, contributing to determining the tempo and terms of peace negotiations at some point in the future. This book review presents some of these facets in Alexievich’s own words. Undoubtedly, the facets also have their antitheses within Russian society, and the latter may even become fundamental in the future.

Many Russians continue to perceive their nation as a global superpower. In seeking to hoard territory in stark violation of international law, Russia is another “conqueror who sees in every new country annexed, only a new boundary”, as Marx said in another context. The following quotes are examples:

Russia is, has always been, and will always be an empire. We’re not just a big country, we’re the Russian civilization. We have our own path.

We consider ourselves a special, exceptional people … Russia always seems to be on the verge of giving rise to something important.

This idea is not limited to those who lived through the Cold War. A young Russian told Alexievich:

I’m so envious of the people who had an ideal to live up to. … I want a great Russia. I don’t remember it, but I know it existed.

In her interviews, Alexievich found that the collapse of the Soviet Union did not eradicate Russia’s close relation with armed conflict.

At heart, we’re built for war. We were always fighting or preparing to fight … Even in civilian life, everything was always militarized.

My father lived to the age of ninety. He said that … he was always at war. That’s all we’re capable of.

Alexievich explored the prospects of democracy in the post-Soviet years. Putin’s subsequent consolidation of power merely confirmed what she was told:

Our country has a Tsarist mentality, it’s subconsciously Tsarist … we need a Tsar. The Tsar the Father of the Russian people. Whether it’s a general secretary or a president, it has to be a Tsar.

[Y]ou can’t buy democracy with oil and gas. You need free people, and we didn’t have them.

We thought that freedom was a very simple thing …. No one had taught us how to be free.

This is not to suggest that democracy has no hope in Russia. Anna Politkovskaya, Boris Nemtsov, Pussy Riot, and Alexander Navalny represent an important segment of Russian society pressuring for a real democracy.

Capitalism has struggled in Russia. Multiple statements in this regard exist in Second-Hand Time:

We believed in a beautiful life. Utopia … and how about you? You have your own utopia: the market. Market heaven. The market will make everyone happy! Pure fantasy! – A farce! Instead of the dictatorship of the proletariat, it’s the law of the jungle … The oldest law in the world.

Capitalism isn’t taking root here. The spirit of capitalism is foreign to us. It never made it out of Moscow. The Russian man isn’t rational or mercantile … Accumulating money isn’t for him ….

I have always lived in the same little house without any amenities … I still do today. My whole life, I’ve done honest work. I toiled and toiled …. All I had to eat was macaroni and potatoes, and that’s all I eat today.

In the West, capitalism is old, an established fact; here it’s fresh, with brand-new fangs … While the government remains purely Byzantine.

The chaos following the turbulent experience of the Soviet Union’s collapse left deep wounds; many citizens associate change with disorder:

[G]etting rid of an incompetent leader isn’t our biggest problem. The question is what happens next.

Second-Hand Time, already a decade old, could not offer testimonies on contemporary events such as Putin’s disinformation campaigns, which have fuelled the political climate for the invasion over several years. However, readers will find the book transformative in understanding the dynamics underlying Russia’s ongoing violations of international law, the prospects, and challenges of any peace negotiations, and what may happen in the aftermath of the war in Ukraine.

P.S. The author is grateful to “Tito de Zubiria” for discussion on this and other books by S. Alexievich.

A Colombian and Canadian national based in Aotearoa New Zealand, Dr Alberto Alvarez-Jimenez (he/him) is a Senior Lecturer at the University of Waikato. His interest in international law stems from his life experience in several continents. His research is interdisciplinary and includes: economics, political science, literature and art. It has appeared, among others, in AJIL, EJIL, JIEL and ICLQ. He speaks Spanish, English and French and enjoys architecture and music.