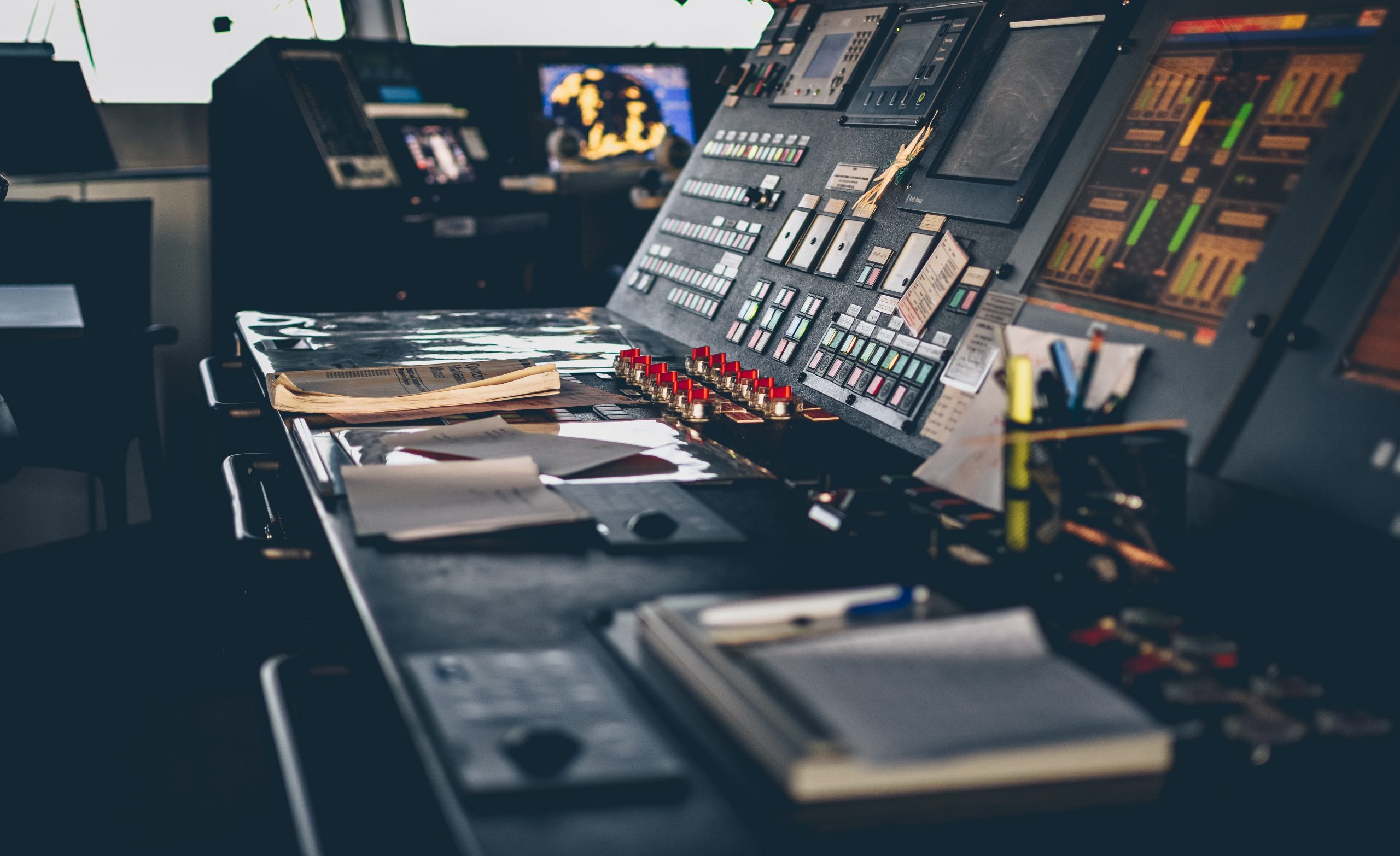 Shipbreaking is the term used to define the process of breaking up old ships. It involves the activity of removing reusable materials, such as steel scraps, furniture, electronic materials etc. found in a used ship. Under Article 2.10 of the Hong Kong International Convention for the Safe and Environmentally Sound Recycling (Hong Kong Convention), the term ‘ship recycling’ is used instead of shipbreaking, because most of the materials found in an old ship can be reused and reprocessed.

International shipping companies own and use ships for their trade and finally sell them predominantly to Bangladesh, India, and Pakistan for breaking up. Karim, Alcaidea, Piniella and Rodriguez-Diaza in the context of business profit of maritime industry argue that these South Asian countries can offer attractive prices to shipowners as South Asian countries have no iron ore to support their growing steel demand. Shipbreaking has now become a multi-million dollar business for maritime industry. However, South Asian countries break ships on open beaches using dangerous manual methods that not only pollute the environment, but cause deaths and injuries to workers in the shipbreaking industry. The problems lead to argue for an international regulatory framework imposing liability on shipping industry for their profit and the objective of this paper is to argue for a liability insurance for shipbreaking with the aim of providing compensation to the victims.

Human Rights and Environmental Issues within the Shipbreaking Industry

Secondly, the South Asian shipbreaking industry use the beaching method to break the ships and thus the ships are cleaned on shallow open beaches often near mangrove swamps. By using this method, they discharge all toxic substances into the seawater, resulting in air pollution, soil erosion, soil contamination and water pollution, contamination of coastal regions and loss of biodiversity. A field report suggests that the release of toxic waste has an impact on mangrove forests and threatens its habitat. Examples of the impact of pollution from the locations of shipbreaking industry are the ‘toxic hotspots’ or ‘sacrifice zones’ in Alang of India, Sitakunda of Bangladesh and Gadani of Pakistan.

Thirdly, ships are broken by using dangerous manual methods such as cutting ships with a fire torch and workers carrying steel plates on their shoulder. Such practices eventually cause frequent accidents leading to death and injuries to the workers. Statistics show the following reasons as causes of accidents: fire explosions due to unseen gas in the ship chamber (49%); the fall of plates and parts of ships in the process of scrapping (25%); inhalation of toxic gas (16%) and workers falling from ships (8%).

An International Report from International Metalworkers Federation states that “shipbreaking is one of the most dangerous occupations.” This is also evident from various NGO reports. In November 2016, at least 28 workers died and more than 50 workers suffered injuries due to explosion in a ship beached in Gadani, Pakistan. In 2016, 22 deaths and 29 serious injuries of workers were reported in Bangladesh. In India, two people died by a fatal accident. Even in the first quarter of 2018, ten workers lost their lives, and two workers had severe injuries in Bangladesh. It is also reported that at a shipbreaking yard in Alang, India, at least two workers lost their lives due to a toxic gas leak.

Literature review in this area indicates that neither the international community nor the shipping companies have taken ownership of the problems caused in the shipbreaking industry. Shipping companies do not want to bear the high cost of safe and proper disposal since they can earn millions of dollar selling ships to South Asian countries by externalising the cost of shipbreaking. They often ignore that developing countries lack the resources required to upgrade their standard of shipbreaking. Thus, unless shipowners are adequately regulated by an international regulatory regime, the problems identified in this section will continue.

Gaps in the Legal Framework

Individual state mechanisms have so far been unsuccessful without any pressure from an international framework. The shipping companies bypass the location of shipbreaking countries that require strict regulatory compliance. Between 2005 and 2006, when India focused on stricter regulations, the business of Bangladesh rose sharply with more ships for breaking.

Therefore, to transform a ship to waste depends on whether the owner or the management company “intends” the ship to be “waste”. Thus, the onus is on the owner or the management company to declare that the ship is on its last journey for dismantling. The intention has to be interpreted from the express or implied activities of the immediate owner and if the immediate owner does not do so the Basel Convention cannot  be applied.

Despite the Hong Kong Convention introducing new approaches specifically to shipbreaking, in practical terms, it is yet to enter into force, mainly because  the South Asian countries have not ratified the Convention. Their principal argument is, the Convention does not include a mandatory obligation on the shipping companies for ‘pre-cleaning’ the ships before sending them off to developing countries for dismantling. Instead, the Regulation for Safe and Environmentally Sound Recycling of Ships provides “ships destined to be recycled shall conduct operations in the period prior to entering into the ship recycling facility to minimise the amount of cargo residues, fuel oil, and wastes remaining on board.” This means shipping companies have no liability to pre-clan their ships before the ships start their last journey.

The problem in imposing liability for the human rights violation and environmental damage on the shipping industry has to be resolved by an international regulatory framework. For instance, the problem of finding the last owner while selling a ship for dismantling will need to be resolved so that responsibility can be placed on the shipping industry.  This will pave the way for safeguarding human and environmental rights within the shipbreaking industry. Mandatory regulations are required in order to bring about a meaningful change in the corporate behaviour of the shipping industry. The ship owners should have responsibility from the perspective of their involvement in the shipping business for the safe and sustainable working environment for dismantling ships and in case the existing mechanism  fails to prevent the problems, they must compensate the victims.

Maritime industry is depended on the industry for maintaining their average fleet and so the developing countries for the business profit and livelihood for their workers. However, an industry-setting standard is required in order to protect human and environmental rights. Drawing analogy from other global events that brought about successful regulatory changes, the International Maritime Organisation (IMO) should push the international community to introduce a global shipbreaking liability insurance under a legal framework. For example, under the IMO led Civil Liability Convention (CLC) 1992, insurance is mandatory for inter-state transport of oil. Tracking the last owner of a ship, an important objective of the insurance would be to pay compensation to the victims. The global regulation to introduce such insurance would explicitly mention that without an insurance, a shipping company is not allowed to sell a ship for breaking. If a ship were sold without insurance, the last holder of insurance would be liable. The insurance would be governed by international maritime insurance industries.

Importantly, the proposed insurance is not only to introduce compensatory liability on the ship sellers but it is also to persuade the industries complying with the requirements of the Hong Kong Convention’s cradle to grave approach as discussed before. The insurance would thus supplement the global existing framework since the Hong Kong Convention that deals only with occupational safety and health without any policy on the issue of compensation for workplace injuries and fatalities. Nevertheless, the IMO may require support from major shipping nations to trigger such a mechanism. But it is good that the European Union has been very proactive to regulate their shipping industries. The EU has already introduced the European Union Ship Recycling Regulation and there is a strong support to introduce a similar shipbreaking liability insurance within the EU.

Mohammad Zulfikar Ali is a judicial officer. He joined Bangladesh Judicial Service in 2008. Serving in different positions, he has recently been promoted as Additional District and Sessions Judge. Previously he worked as a corporate lawyer in Bangladesh. He has published a number of papers in national and international journals. His recent publication is, Effectiveness of the Hong Kong International Convention for the Ship Recycling Industries in India, Bangladesh and Pakistan. He is an AusAID scholar. Now he is a PhD candidate at Curtin Law School (CLS), Curtin University, Perth, WA. His PhD focuses on regulating human and environmental rights abuse within the global ship recycling industry. He has also been working as a teaching assistant at CLS.