Small States and Law of the Sea ‘Litigation’ Against Greater Powers 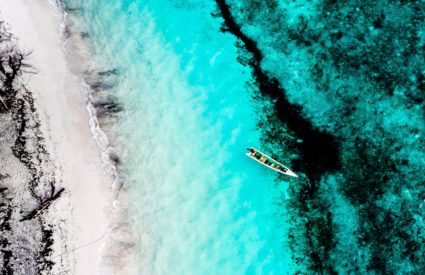 Are small States making increasing – and strategic – use of law of the sea dispute settlement mechanisms against greater powers? In cases such as Philippines v China, Timor-Leste v Australia, Ukraine v Russia and Mauritius v UK, States with relatively limited power have been able to use formal sovereign equality to invoke UNCLOS proceedings against States – often permanent members of the Security Council – which would appear to be in significantly stronger positions. We are also seeing not-unrelated legal strategies play out in Vanuatu’s recent plan to seek an advisory opinion from the International Court of Justice on the legal consequences of climate change.

It’s an important set of developments that I hope to spend the next four years examining in my upcoming future fellowship project looking at the use by small States of law of the sea dispute settlement against greater powers.

My project aims to examine through a series of case studies how small States have been able to use dispute settlement mechanisms under the UN Convention on the Law of the Sea (UNCLOS) to pursue their legal disputes (and strategic ends) against greater powers. Very often such States do not appear to commence proceedings with any realistic expectation that UNCLOS procedures will resolve all of the questions at issue and deliver them what they want at a stroke. Nonetheless, there appears to be strategic value in using international law to elevate a bilateral dispute to the international level and potentially mobilise diplomatic pressure against, and even delegitimise, the position of one’s opponent. This is not to suggest that such proceedings are an abuse of process or are commenced with improper motives. As at the national level, all disputes that wind up before a court occur in a wider context and set of relationships.

Other than the extent to which States may succeed in these broader strategic goals – for example, Mauritius being able to gain outsized diplomatic leverage against the United Kingdom regarding its retention of the Chagos Archipelago in defiance of an increasing number of adverse judicial findings – the question arises as to whether such recourse to UNCLOS dispute settlement strengthens or undermines the ‘rules-based order’ at sea. For example, we might look at the outcome of the compulsory conciliation process between Timor Leste and Australia as ultimately supporting the role of international law in maritime affairs. After all, it would generally have to be conceded that Australia’s professed view that natural prolongation of the continental shelf trumped the ordinary application of the equidistance line method in any maritime boundary delimitation was at best a minority view (if not completely untenable). The compulsory conciliation process worked extremely well, no doubt in part by virtue of the skills of the commissioners, to simplify the number of issues in dispute and guide the parties to a mutually acceptable solution. A triumph, one might think, for legal process.

Nonetheless, in each of my principal case studies jurisdictional arguments were made that the matter should not have been heard at all, whether under Annex VII (in the case of Philippines v China, China refusing to participate formally) or Annex V (in the case of Timor-Leste v Australia. These arguments were made on the basis that the supposed underlying subject matter of the dispute fell outside the Convention (such as sovereign title to territory) or had been excluded under one of the optional exceptions found in the Convention (such as maritime boundary disputes or military activities). Alternatively, it has sometimes been argued that jurisdiction was lacking as procedural requirements under UNCLOS have not been followed or that another treaty obligation precludes recourse to UNCLOS dispute settlement entirely. On this view, the seeming temptation of UNCLOS arbitral tribunals (or conciliation commissions or the International Tribunal for the Law of the Sea itself) to take increasingly expansive views of the application of the Convention risks undermining the very foundation of the Convention itself – the consent of States to be bound.

I’m not sure I find such jurisdictional objections to the competence of dispute settlement bodies particularly convincing. It depends in large part on a reading of the Convention which suggests that States only very reluctantly signed up to its dispute settlement system. This reading is supposedly evidenced by the complex system of exceptions, exclusions, and savings provisions which bedevil Part XV dispute settlement. Considering this, the argument goes, the dispute settlement provisions should be read narrowly. As I have argued elsewhere, perhaps one of the more radical elements of the final award in the South China Sea arbitration was that it prioritised a different reading of the object and purpose of the dispute settlement system. That is, the final award emphasises that the founding principle underlying Part XV dispute settlement is that it is compulsory and comprehensive. This position, which was firmly advocated by many developing and newly independent States during the UNCLOS negotiations, would suggest that any exceptions to jurisdiction should be read narrowly.

In any event, beyond such doctrinal questions the proof is, in a sense, in the pudding. How have States Parties reacted to supposedly expansive assertions of jurisdiction by various dispute settlement bodies authorised by UNCLOS? So far, there does not appear to be any general sense that the system is out of control. However, this may not be to the point. If the Convention becomes delegitimised in the eyes of losing parties, litigating States may find they have sawn off the branch upon which they are sitting.

My provisional view is that such concerns are overblown. The paradox of the law is, as always, that to claim any authority in international affairs it must first be able to present itself as insulated from politics; but as a matter of practice, we know the law and politics are deeply mutually implicated and mutually structuring. The law remains a terrain in which arguments can be framed and conflicts played out, and in which States may legitimately manoeuvre for political advantage (to quote Shirley Scott). And, indeed, perhaps the greatest contribution the law of the sea can make to international stability is to contain these arguments as much as possible within its framework.

Douglas Guilfoyle is Associate Professor of International and Security Law at UNSW Canberra. His principal areas of research are maritime security, the international law of the sea, and international and transnational criminal law. He is an Australian Research Council Future Fellow (2022-2025) and was a Department of Foreign Affairs and Trade Visiting Legal Fellow (2019-2020).