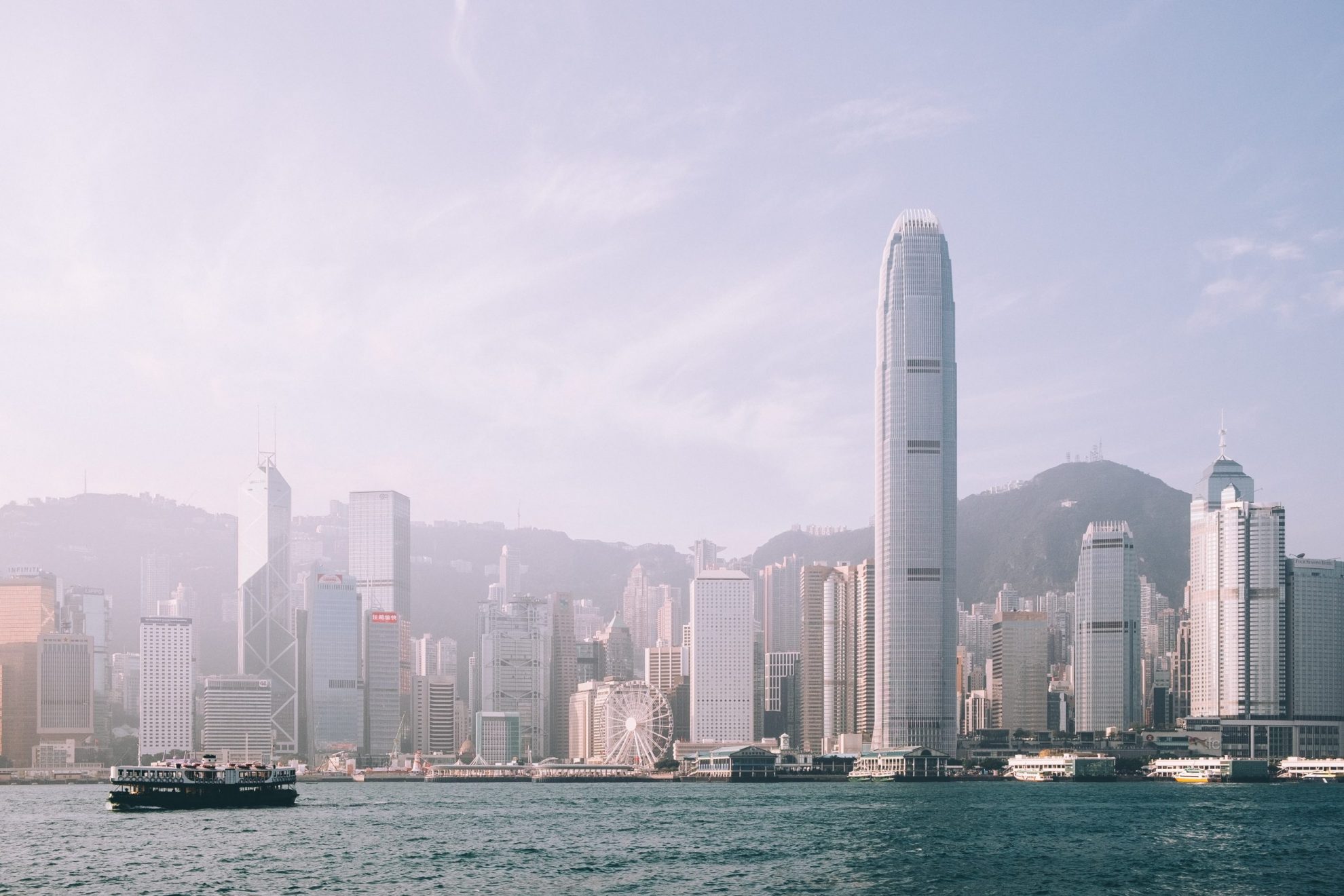 States have begun to respond to China’s adoption of a new national security law for Hong Kong, bypassing the Hong Kong legislature. Key features of the new law include life sentences for crimes of secession and subversion of state power, and more active state oversight of political activity linked with foreign organisations. Immediately after the law’s adoption, the Hong Kong government announced the formation of special police and prosecution units to enforce the law. By early July, hundreds of protesters had been arrested, some under the law with its much harsher penalties.

Some worry that those charged under the law could be extradited to mainland China, a policy which had been strongly opposed by many in Hong Kong and led to protests last year. The national security law therefore raises the question of what might happen to persons extradited to Hong Kong from other countries. Australia and New Zealand, for example, have extradition treaties with Hong Kong but not with China. Australia concluded a treaty with China in 2007 but withdrew it from the ratification process in 2017 following growing opposition in the Senate, in part because of human rights and fair trial concerns noted by the Joint Standing Committee on Treaties. Arguably the national security law would enable an accused extradited to Hong Kong to be subsequently extradited to China.

On 9 July 2020, the Australian government announced a package of measures to support those impacted by the national security law, mostly immigration measures making it easier for some Hong Kong people to settle in Australia. The government also announced that it was suspending the Australia- Hong Kong extradition treaty. Canada announced a similar suspension on 3 July 2020. However, the extradition treaty between Hong Kong and Canada includes specific provision for either party to suspend the treaty, with the suspension to take effect immediately upon receipt of notice. New Zealand’s treaty with Hong Kong uses similar language, so New Zealand would have a similarly straightforward path to suspension.

Australia’s extradition treaty with Hong Kong, however, only provides for termination and not suspension. Australia was therefore required to fall back on general treaty law. Both China (in its own right and on behalf of Hong Kong) and Australia are parties to the Vienna Convention on the Law of Treaties (VCLT) which sets out grounds for suspension or termination of treaties. The Australian government has chosen to rely on the ground of ‘fundamental change of circumstances’ (contained in Article 62 VCLT):

The National Security Law erodes the democratic principles that have underpinned Hong Kong’s society and the One Country, Two Systems framework.

It constitutes a fundamental change of circumstances in respect to our Extradition Agreement with Hong Kong.’

Article 62 sets two conditions for invoking fundamental change of circumstances. First, the circumstances must have constituted an essential basis of the consent of the parties to be bound by the treaty. This branch of the test is relatively easy to justify. The fact that Australia was willing to have an extradition treaty with Hong Kong but not China suggests that the ‘one country, two systems’ principle of Hong Kong’s legal system was an essential basis for consent to the treaty. The national security law undermines that rule, which was part of the Sino British Joint Declaration of 1984 – and China’s adoption of the law has therefore been criticised by many governments as a breach of the agreement. The second condition is that ‘the effect of the change is radically to transform the extent of obligations still to be performed under the treaty.’ Presumably the argument under that head is that the prospect of extradition from Hong Kong to China ‘radically transforms’ any extradition from Australia to Hong Kong.

A credible argument, therefore, can be constructed to justify suspension on the ground of fundamental change of circumstances. However, were that argument to be judicially tested, it might be insufficient. The International Court of Justice had the opportunity to rule on whether political changes can constitute a fundamental change of circumstances under Article 62 VCLT in the Gabčíkovo-Nagymaros Project case between Hungary and Slovakia concerning a bilateral treaty for building a dam in the Danube River. Hungary argued that there had been a fundamental change in circumstances since the treaty’s conclusion in 1977, including the fact that both Hungary and Slovakia had changed their economic systems from ‘socialist integration’ to market economies, which justified terminating the treaty. The Court rejected this argument. Although it accepted that the political environment had changed since 1977, it concluded that:

‘In the Court’s view, the prevalent political conditions were thus not so closely linked to the object and purpose of the Treaty that they constituted an essential basis of the consent of the parties and, in changing, radically altered the extent of the obligations still to be performed.’

The Court also emphasised that this ground for suspending or terminating a treaty will only be available in exceptional circumstances, because the stability of treaty relations weighs in favour of maintaining a treaty freely entered into. However, the connection between the political change and the object and purpose of the Treaty would seem to be closer in the case of the Australia-Hong Kong extradition treaty than in the Gabčíkovo-Nagymaros project.

The viability of Australia’s argument probably won’t be judicially tested, since China has entered a reservation to Article 66 VCLT, thereby excluding the possibility of it referring most disputes under the VCLT to the International Court of Justice. It is possible that China could decide to frame the dispute as one of customary international law (as was done by Nicaragua in the Military and Paramilitary Activities in and against Nicaragua case), given that most rules in the VCLT are also rules of customary international law. To date, however, China has not initiated any contentious cases before the International Court of Justice, nor has it accepted the jurisdiction of the Court under Article 36(2) of the ICJ Statute, so judicial settlement of any dispute over suspension of the extradition treaty seems unlikely.

While suspension of the treaty on the ground of fundamental change of circumstances may be a difficult argument to sustain if Australia had to defend it in a judicial process, for now at least the Chinese government is not challenging the grounds of suspension. Its response via the Chinese embassy in Canberra accused the Australian government of ‘a serious violation of international law and basic norms governing international relations, and a gross interference in China’s internal affairs’. It did not, however, attack the suspension of the extradition treaty specifically.

The suspension may largely be symbolic, as there do not appear to have been recent extraditions from Australia to Hong Kong. However, transferring an accused for trial in another country is implicitly an endorsement of the robustness of that country’s rule of law, so it is an important symbol. Professor Donald Rothwell has also suggested that the argument concerning fundamental change of circumstances could equally apply to other treaties concerning transnational crime or mutual legal assistance.

Also symbolic is the fact that Australia, like Canada, has chosen to suspend rather than to terminate the extradition treaty. It implies confidence in the potential for the fundamental change of circumstances to be reversed, allowing the treaty’s operation to be recommenced. The choice of suspension also allowed an immediate change to treaty relations as Article 65(2) VCLT allows for suspension three months after notification, or immediately ‘in cases of special urgency’. The Australia-Hong Kong extradition treaty only allows for termination after six months’ notice. Australia’s suspension of its extradition treaty therefore will make few practical changes but is a powerful communication of its concerns about the threat to ‘one country, two systems.’

Holly Cullen is Adjunct Professor of Law at the UWA Law School, where she is a member of the Modern Slavery Research Cluster. She has worked at universities in England and Australia and began her career as an Advocate of the Bar of Québec. Her recent publications include Experts, Networks and International Law, co-edited with Joanna Harrington and Catherine Renshaw (Cambridge University Press, 2017) and The Politics of International Criminal Law, co-edited with Philipp Kastner and Sean Richmond (Brill, in press, 2020).