Terror in the time of Polio and COVID-19: The intersection of violence and contagion in Afghanistan 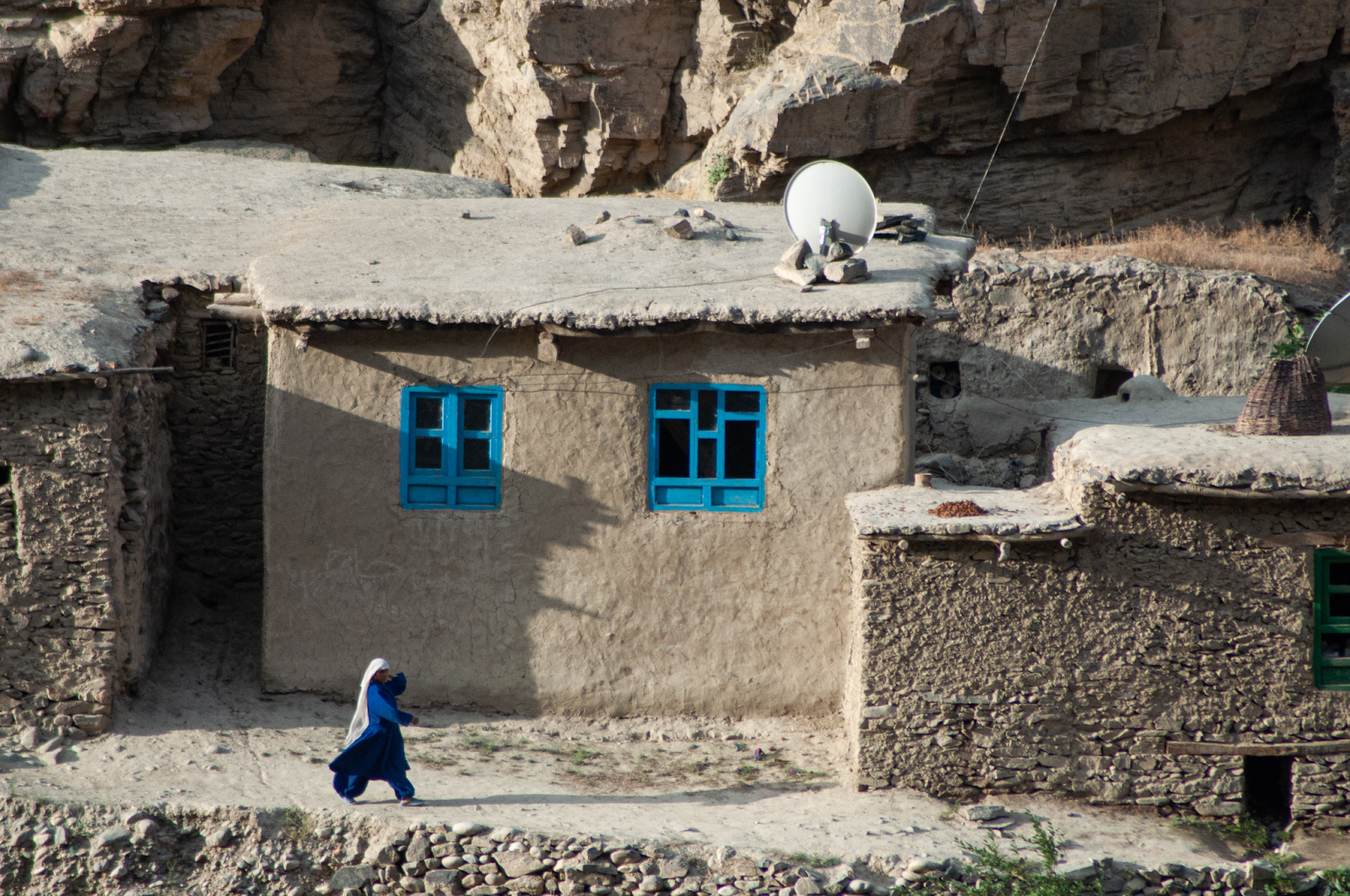 In the first months of the Taliban’s violent takeover of Afghanistan last year, media reported widely on the chaotic withdrawal of US and allied forces, and the rapid escalation of the Taliban’s violence. The Taliban has targeted those who worked with US, NATO and Australian forces, women and girls, human rights defenders, members of the LGBTIQA+ community, and ethnic Hazaras, among others.

Media attention on Afghanistan has since waned. This is despite the resulting humanitarian crisis which the UNDP has estimated could have now resulted in as much as 97% of the population living below the poverty line. Of particular concern and the subject of this blog post is the impact of the Taliban’s rise to power on efforts to curb the spread and impact of polio and COVID-19. This has not been covered widely (with some exceptions).

The argument we put forward below is that the international community must understand the complexities at the intersection of terror and contagion to effectively respond to health crises as they occur and promote the advancement of human rights in complex situations.

A clear example of the intersection of terror and contagion is the targeting of polio vaccination workers. The hostility towards vaccinations has been fuelled by conspiracy theories, for example that vaccines are a Western ploy to ‘sterilize Muslims’ or contain ingredients derived from pigs. The Taliban has also argued that vaccination workers are spies, referring to the CIA’s use of vaccinations in Pakistan as a cover for gathering intelligence on Osama bin Laden.

These attitudes resulted in outright bans on polio vaccinations in Taliban-controlled areas which expanded nationwide in 2019. While vaccinations have since re-commenced, healthcare workers continue to be targeted. In 2021, nine polio vaccination workers were killed and in February 2022 another eight in four different locations.

As of 28 June 2022, the WHO reported 182,149 cases and a total of 7,717 COVID-19 deaths in the country. The pandemic has made clear that the failure to stop COVID-19 anywhere presents a risk of potential for outbreak everywhere. It is therefore in everyone’s interest to examine the ways in which terror intersects with COVID-19 in Afghanistan.

A month before the fall of Kabul, the International Rescue Committee warned that Afghanistan was on the verge of humanitarian crisis as healthcare facilities were unable to test over 80 percent of people with possible COVID-19 in all over the country. Instead, journalists and social media users obtained testimony from people to try to measure infection and death rates. This included interviews with people digging graves who stated that they have been digging “20 to 30 graves a day” since the start of the pandemic.

Further, Afghanistan does not have sufficient ventilators available for severe COVID-19 cases and medical staff lack training to use the ones which are available. Oxygen shortage has resulted in families lining up for hours in front of a facility to refill their tanks and were fighting over tanks upon the arrival of delivery trucks.

Afghanistan is also impacted by the vaccine inequity that has impeded the roll-out of COVID-19 vaccinations worldwide.  The distribution of vaccines – particularly to developing countries – has faced various challenges. These include, for example, patents, export restrictions, ‘vaccine nationalism’, as well as delay of promised vaccines. The system also been impacted by vaccine hesitancy and misinformation, vaccine expiration, and increased demand as a result of booster programs. The latest figures (as of 22 June 2022) from the Global Dashboard for Vaccine Equity indicate that only 18.37% of individuals in low-income countries have received at least one dose of COVID-19 vaccine (as compared to 72.07% in high-income countries).

As of 28 June 2022, 5,678,365 people had received at least one dose of COVID-19 vaccine in Afghanistan; a figure which only amounts to 13.68 individuals vaccinated for every 100 people, a low figure compared to many other countries.

Terror and the continued spread of COVID-19

The Taliban’s violent takeover has given rise to increased spread of COVID-19 in the country and has reinforced existing barriers to healthcare and exacerbated barriers of access for women in particular.

Firstly, the focus on escaping the Taliban in August 2021 has led to huge volumes of people being exposed to COVID-19. For example, many congregated in large crowds, and were exposed to the virus at Kabul International Airport. Many who were unable to leave the country now shelter in crowded safe houses and shelters where physical distancing is difficult. These environments, coupled with low vaccination numbers across Afghanistan, have made excellent conditions for the spread of a contagion such as COVID-19.

Where doses of the vaccine are available, these are often still not accessible for everyone. For example, a person with a Taliban-issued arrest warrant, for example as a result of their sexual orientation or human rights activism, may not feel safe to approach healthcare facilities to get vaccinated.

The severe economic crisis in the country since the Taliban’s return has also resulted in corruption and vaccines being offered at a cost. The Ham Diley Campaign, an informal initiative run by human rights lawyers to assist Afghans at risk, spoke with two women hiding from the Taliban due to their employment with former Afghan Government agencies. They reported that they had not been able to access COVID-19 vaccines as available providers were charging 3,000 Afghanis per dose (approximately USD 35). This amount is unaffordable for most, many of whom have not been able to work since August 2021.

While some places do offer access to vaccine free of charge, the locations of these facilities are not well known, and many, particularly those living in remote areas, unable to reach them. Where individuals and families can overcome these initial challenges, there are often insufficient doses available to meet demand. Further, as noted above, the fear of persecution by the Taliban may make people hesitant to attempt to access these facilities altogether.

It is important to note the specific difficulties for women, including wide-ranging restrictions on their freedom of movement outside the home. The Ham Diley Campaign is in touch with many women-headed households with no adult male present to allow the women of the family to leave the house. The restrictions on movement not only impact upon the right to freedom of movement (art 21 ICCPR). They also affect the enjoyment of the right to health (art 12 ICESCR), given its impact upon the ability to access healthcare, including vaccines, and potentially the right to life (art 6 ICCPR).

While there will undoubtedly be other reasons not mentioned above which impact upon access to COVID-19 vaccines, the above demonstrates a clear intersection between the Taliban’s terror and public health crises, including the polio epidemic and the COVID-19 pandemic.

Flow-on effects of a lack of access to vaccines

Barriers to accessing poliovirus and COVID-19 vaccines are clearly problematic from a right to health perspective (art 12 ICESCR) and may also impact upon the right to life (art 6 ICCPR) as both diseases can have fatal outcomes. The above discussion has also demonstrated the risks to health and life of those who engage in the administration of vaccines. These risks are clearly linked to terrorist activities and longstanding opposition to vaccination campaigns on the part of the Taliban. Further, women in particular face issues in accessing vaccines due to the Taliban’s widespread restrictions on women’s freedom of movement (and most other fundamental rights and freedoms).

It is not surprising that since the Taliban’s return millions of people have left or are trying to leave Afghanistan to protect themselves and their families. Yet, for those seeking to escape, the lack of access to vaccines continues to pose a problem. This is as a result of the need, with regards to some evacuation operations, for evacuees to present valid COVID-19 certificates, as well as proof of polio and measles vaccinations. Such requirements could have the effect of indirectly discriminating against person from Afghanistan and specifically, certain portions of the population, such as women (contrary to e.g., arts 2(1) and 26 ICCPR). While these requirements may be justified from a public health perspective, the barriers to obtaining such vaccinations in Afghanistan may render it difficult for people to flee the Taliban. Thus, individuals remain subject both to the threat of the contagion as well as that of terrorism.

These flow-on effects are concerning and ought to receive further attention and consideration by the media, as well as by humanitarian actors seeking to assist Afghans at risk. So too should the intersection of terror and contagion that lies at the root of these widespread violations of human rights that render people captive at the hands of both the Taliban and communicable diseases.

Azadah Raz Mohammad has an extensive work experience with International Organizations, the Government of Afghanistan and academia.She has worked on humanitarian and human rights related projects in close collaboration with the Afghanistan Independent Human Rights Commission and the Afghan Ministry of Justice amongst other. Besides, she has worked with the Administrative Office of Afghan President and as an adjunct lecturer of law at American University of Afghanistan. Azadah is a Ph.D. student at the University of Melbourne. And, holds an LL. M. in International Humanitarian Law and Human Rights from University of Essex, and a second LL.M. in International Criminal Law as a Fulbright Scholar from Ohio State University.

Andrea Olivares Jones is the Policy Manager at the Castan Centre for Human Rights Law and previously held positions at the Centre in research and project roles. Prior to joining the Castan Centre, she worked in diplomacy and international relations for the United States Consulate General in Melbourne, and in legal research and law for the Fitzroy Legal Service, Capital Punishment Justice Project, and elsewhere. Andrea holds an LLB (Honours) and a Bachelor of Arts (International Relations) from Monash University, Honours in Political Science and International Relations (First Class) from the University of Melbourne and is soon to commence an LLM at Leiden University. Andrea is admitted to practice in Victoria.

Karin M Frodé is a PhD Candidate at the Faculty of Law, Monash University. She co-founded the Ham Diley Campaign, an informal initiative by human rights lawyers to assist persons at risk in Afghanistan. She also supports the Monash Afghanistan Support Clinic which assists the Campaign. Previously, Karin worked as Policy Manager and Researcher at the Castan Centre for Human Rights Law. She also held positions at human rights organisations in the UK and Thailand and interned at UNHCR. She is admitted as an Australian Lawyer and holds law degrees from the University of Essex and the University of Oxford.