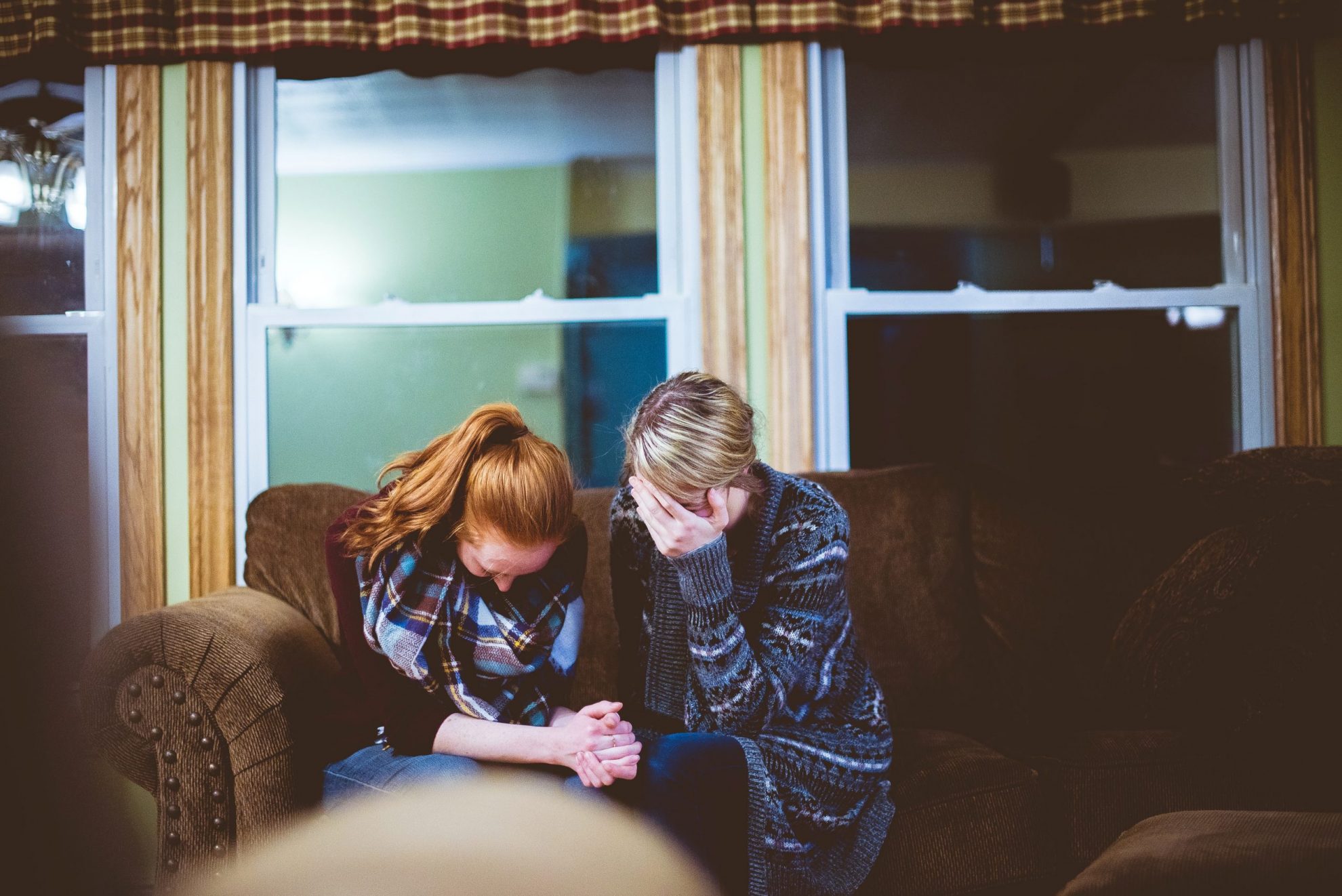 This article is a summary of a preliminary paper presented to the ANZSIL Gender Sexuality and International Law Special Interest Group Series on 5 November 2020, with particular thanks to those who gave feedback. As Australia and New Zealand develop policy for the protection of trafficked persons, this article calls for a legal defence for trafficked persons which recognises the loss of autonomy which comes with being trafficked. It also calls for an audit of prisons globally to identify and exonerate women trafficked to commit crime, particularly those on death row.

In 2015, Mary Jane Veloso was reprieved from execution in Indonesia on the same death row as Australians Andrew Chan and Myuran Sukumaran. She was reprieved 30 minutes before she was due to be shot because she raised her status as a trafficked person who had been deceived into carrying drugs from the Philippines to Indonesia. Her trafficked status had not been considered at trial. Her lawyers in the Philippines used the human trafficking referral mechanisms to identify her recruiters who have since been convicted of trafficking others. The Philippine Supreme Court has recently decided that she can give evidence in her case against the recruiters from prison in Indonesia by deposition, as a form of dying declaration as she is on death row. She is likely one of many trafficked women in prison, including on death row, around the world for drugs offences. A study in the UK led to reduced penalties for drug mules. Australia and New Zealand are in a good position to go further and move the issue from mitigation of sentence to non-liability. Both Australia and New Zealand have also committed to the abolition of the death penalty so each should be looking to its trafficked citizens at home and abroad – on death row and detained elsewhere, such as in Syrian camps. Domestic commitments are ineffective if trafficked persons are prosecuted and executed abroad.

Our recent study of a proposal to restore the death penalty in the Philippines for human traffickers highlighted not only how this would be a breach the 2nd Optional protocol to the ICCPR but also how it failed to comprehend the complexities of human trafficking law, particularly the principle of non-punishment. In April 2020, a United Nations Inter-Agency Coordination Group against Trafficking in Persons briefing paper set out recommendations for a more consistent, human rights-based application of the non-punishment principle which has been defined as follows:

Non-punishment requires law reform to move from prosecuting criminals to non‑prosecution of trafficked persons who commit crime. Indonesia has committed to the non-punishment principle by Article 18 of Law 21 of 2007 on the Eradication of the Criminal Act of Trafficking in Persons issued by the Ministry of Women’s Empowerment and the Department of Justice which reads as follows:

Article 18: A victim who commits a crime under coercion by an offender of the criminal act of trafficking in persons shall not be liable to criminal charges.

The exoneration of Mary Jane Veloso is therefore both a question of international commitments to protect and assist trafficked persons but also of the application of domestic law. In Australia and New Zealand, in the absence of human trafficking as a legal defence, it is highly likely that trafficked women are currently facing trial without proper consideration of their trafficked status and have already been incarcerated in circumstances where they should not have been. This is not just a question of exercising a prosecutorial discretion not to charge but of having legal frameworks in place whenever there is an attempt to criminalise a trafficked person. It also requires a mechanism for appeals even where the time limit has passed.

Mary Jane Veloso’s case also adds to the research by the Cornell Center on the Death Penalty Worldwide. Its report, Judged for More Than Her Crime, A Global Overview of Women Facing the Death Penalty, found that women who are sentenced to death are subjected to multiple forms of gender bias, with women seen as violating entrenched norms of gender behaviour more likely to receive the death penalty. In criminal justice systems this is a common tale for women in conflict with the law.

In the context of women trafficking drugs abroad, the international commitment to protect trafficked persons, in the form of the U.N. Trafficking in Persons Protocol,  challenges criminal justice systems which seek to act as both prosecutor and protector. Since there are now mechanisms and experts who can assess trafficked status, the practical approach to the implementation of international commitments to protect and not to prosecute trafficked persons is relatively simple:

This article considers the underlying approach to exoneration for trafficked women. I argue that this is an issue that calls for the recognition of women’s autonomy.

In 2013, Hoshi considered ‘two prisms through which the principle of non-criminalisation has been interpreted: (1) causation-based, which requires that the criminal act be a direct result of the trafficking situation; and, (2) compulsion-based, which requires that the criminal act is committed under a high degree of pressure from the trafficker(s).’ Hoshi argued that the compulsion‑based model provides insufficient protection for trafficked persons because it ‘fails to grasp the subtle and nefarious methods by which traffickers can exert total dominance over trafficked persons’ and also ‘fails to recognise that a clear causal relationship between the criminal act and the trafficked status of the trafficked person may remain even after the trafficking situation has ended.’ There is an additional point which is that, in the context of human trafficking, any duress type model, whether policy (as Australia) or law (as the UK, Indonesia and Australia), effectively requires a trafficked person to suffer significant harm before any defence kicks in. The UK now has a complete defence in s. 45 of the Modern Slavery Act 2015 for trafficked persons who commit certain offences based on the compulsion model. Schedule 4 excludes a range of serious offences, including for accessories, even though they may well be significantly exploited. Pre-2015 convictions have been quashed on appeal, not by extending duress but on a policy-based compulsion model. Protection is therefore incomplete as the prosecution of crime takes precedence over the protection of trafficked persons. Australia can do things differently and set an example for other states.

In 2016, research into Mary Jane Veloso’s case suggested that the conceptual basis for her exoneration was that she was acting pursuant to the means and purposes of others and therefore was not acting voluntarily. The Indonesian law is a compulsion model as victim is defined in Article 1 as someone who has suffered harm or trauma caused by the trafficker. More recently, in an appeal in England and Wales which involved the manslaughter of a young woman by supply of a dangerous diet pill, the Court quashed the conviction following arguments that the actions of ingestion had the potential of being an intervening act, if they were ingested autonomously. The consideration of women’s autonomy in criminal law is rare but it complements and extends Hoshi’s research on causation, suggesting that the trafficked person does not cause the crime because they are not acting autonomously even if they consent to certain acts. They act pursuant to the means and purposes of others. In this sense a trafficked person is much more akin to an innocent agent but where it is accepted that the trafficked person remains trafficked when deceived and / or when they lack the freedom or capacity to act autonomously.

The point is that the cause of the crime is the trafficker, and the trafficked person does not break that chain of liability, providing the offence committed is reasonably foreseeable, not where a trafficked person commits a separate offence of their own. This return to traditional criminal law principle is useful: as long ago as 1959, Hart and Honoré emphasized the significance of free, deliberate, and informed interventions for breaking the chain of causation. The criterion which they suggest should be applied in such circumstances is whether the intervention is voluntary, i.e. whether it is ‘free, deliberate and informed.’ But for women, it is more about autonomy than voluntariness because sometimes they make choices due to external factors of vulnerability, rather than being subject to duress as it is usually understood, and still fall within the definition of a trafficked person by, for example, abuse of vulnerability.

In Mary Jane Veloso’s case, it is arguable that her acts were not free, informed or deliberate: the trafficked person may act deliberately but remain trafficked if they are deceived because they are not ‘informed’. Compulsion to commit an offence is relevant because the person is not ‘free’. This essentially negates the elements of the offence without the need for a defence, although a legal defence could spell this out clearly in order to ensure protection is complete. The impacts on autonomy are not limited to duress, compulsion or victimhood. They also extend to a woman deciding to commit a crime because of a situation of vulnerability relating to external economic of family or abusive factors. She may well be ‘deliberate’ and she may ‘consent’ to commit the crime but criminal responsibility lies firmly with the traffickers if she is not free, informed and deliberate.

Unless state laws, policies and procedures allow for safe confession by women to crimes with a non-liability outcome, the focus remains on criminal punishment of women who are not free (under duress/threats etc.), not informed (deceived) or not deliberate (involuntary). Here, abuse of vulnerability includes an acceptance that, even when a suspect knows she is committing a crime or consents to certain conduct, such as when she acts for the means and purposes of drug traffickers, she is not the cause of the crime and is not liable and not to be investigated as a suspect.

For women on death row, the research by the Cornell Center becomes instructive and demonstrate that trafficked women can be identified applying the criteria of ‘free, informed and deliberate’ as questions of fact, providing a foundation for non -prosecution and release. In the end the solution is for Australia to lead in the formulation of a complete defence for trafficked persons who commit crime based on causation as a voluntariness model, for Indonesia to release and exonerate Mary Jane Veloso and for all nations to review their laws and audit their prisons to release women whose autonomy has been compromised.

The Cornell Center hopes that its publication ‘will inspire the international community to pay greater attention to the troubling plight of women on death row worldwide’. The research set out in this article considers the necessity to identify the particular cohort of women on death row who are trafficked persons and to ensure they are exonerated and released without being re-trafficked. I argue that the issue is one of women’s autonomy, but criminal justice systems are still a long way behind. If Australia and New Zealand do not enact defences based on the causation / autonomy model suggested here, as signatories to UNTOC Human Trafficking Protocol, Australia and New Zealand are failing to comprehensively implement the commitments to protect and assist trafficked persons.