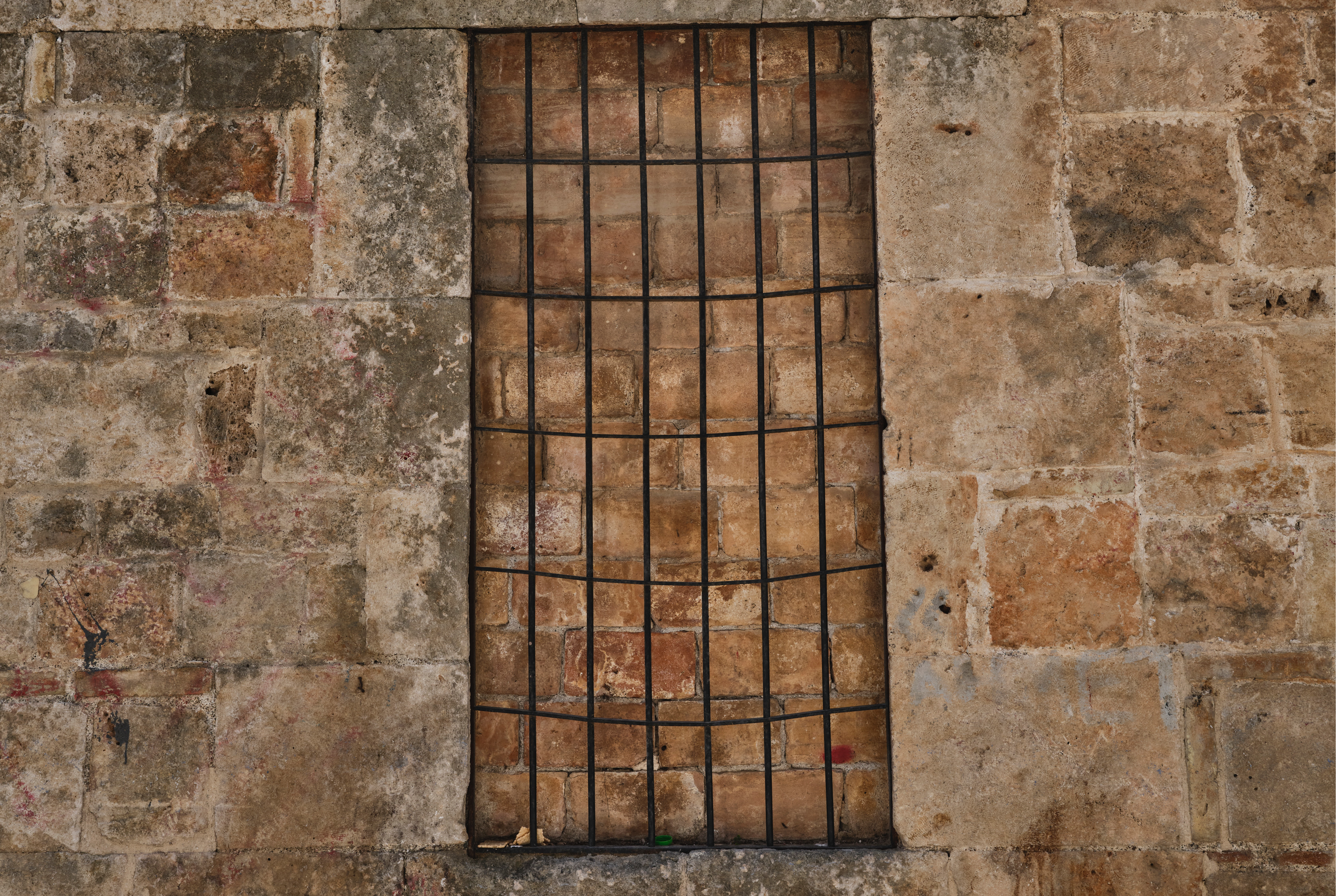 In 1606 in the République, Jean Bodin argued that it was wrong to render up the guiltless to a sovereign who wished to punish them, but right to render up the guilty. Today guilt alone is insufficient for extradition. The 1989 judgment of the European Court of Human Rights in Soering v UK set a precedent which forced the courts in States committed to human rights to enquire into the potential for a human rights breach in a State requesting extradition. The various human rights covenants generate a clear obligation of non-refoulement where potential breach of human rights obligations may occur. Subsequent domestic legislation and judicial decisions has, however, eroded that obligation of non-return. In 2012 in Othman (Abu Qatada) v United Kingdom, for example, theEuropean Court of Human Rights held that torture-related assurances may be consistent with international obligations even when the requesting State systemically uses torture, provided that ‘there are reasonable grounds to believe that the assurances will meet that risk’.

Assurances allow a requested State to build a cocoon of minimum special treatment standards around someone in a system which otherwise breaches human rights on a regular basis. The adequacy of the assurances is essentially what was at issue in June 2021 and April 2022, when the Supreme Court of New Zealand released two landmark extradition decisions, the Minister of Justice v Kyung Yup Kim [2021] NZSC 57 (per Glazebrook, Ellen France and Arnold JJ) and the Minister of Justice v Kim [2022] NZSC 44 (again per Glaze brook, Ellen France and Arnold JJ).In 2018the New Zealand Court of Appeal had quashed a decision of then Minister of Justice Amy Adams to surrender a New Zealand resident to China. He was wanted for murder in Shanghai. Rejecting the approach of the Court of Appeal that a preliminary analysis of the general human rights situation in a requesting country should be made before engaging in testing the impact of assurances, in June 2021, the majority of the Supreme Court adjourned the decision holding (at paragraph 471):

We have held that, assuming the matters [on which further assurances are sought] are satisfactorily resolved, there would be no substantial grounds (no real risk) that Mr Kim will be in danger of being subjected to an act of torture if surrendered to the PRC. Nor would there be a real risk of an unfair trial.

The New Zealand Supreme Court’s decision sparked a letter from the Inter-parliamentary Alliance on China (IPAC) which drew attention to China’s lack of credibility and the inability of states to monitor its assurances. Other human rights organisations commented on the unreality of the decision.

The New Zealand Supreme Court considered the risk of torture to be acceptably low for a variety of reasons. It was content for the Minister to rely on the fact that Kim would be tried and detained in Shanghai, that torture was declining in urban areas in China, that arrangements had been made for NZ consular officials to visit him at least once every two days during the investigation and once a day for the duration of the trial, and because of the strength of the PRC’s motivation to honour the assurances  because of China and New Zealand’s strong mutual interest in extradition and mutual assistance. Against this the respondents had led evidence that torture remained endemic in China and Kim’s location in Shanghai would not mitigate the risk, that Kim was no longer an ordinary prisoner but someone of political interest, and that it would be difficult to detect ‘White’ torture through for example drug administration. The Supreme Court was unconvinced. The respondents had also led evidence that the human rights situation in China had deteriorated with examples being the situations in Xinjiang and Hong Kong and detention of Canadian and Australian nationals without lawful cause.  But the Minister’s view was that this did not increase the risk to Kim, because these incidents were limited to the regions concerned and related to China’s strained bilateral relations with Canada and Australia, and the Supreme Court accepted that view.

The essence of the New Zealand Supreme Court’s decision on fair trial was a willingness to accept China’s assurances that the various rights to fair trial including the right to an independent tribunal would be met by construing them in a formal way and not looking at the actual practice of the Chinese courts as urged by Kim’s counsel. The most prominent example is regarding the role of a judicial committee in China’s judicial system. These committees review results in sensitive trial cases on the basis of a summary report, and in doing so in terms of article 10 of the 2018 Organic Law of the People’s Court ‘practise[s] democratic centralism’. New Zealand asked China whether the committee was able to consult persons other than members in making its decision and sought the specific assurance that if so ‘they will not be consulted in relations to Mr Kim’s case’. No answer was supplied, although the Minister was assured that Communist Party and other officials would not attend. Relying on the latter assurance, the Court rejected the defence submission that this left open the possibility of consultation of persons other than members of the judicial committee; the court was content that the ‘overall package of assurances provides a reasonable basis on which the Minister of Justice could conclude that the issues were satisfactorily resolved.’ This contrasts with the 2019 Swedish Supreme Court decision refusing refused extradition to China on the basis of the lack of judicial independence in China and its subjection to political power, something which China condemned as based on ‘pure speculations and “so-called human rights”’.

China has a vested interest in the extradition occurring. An article published in China in 2019 when it was confirmed that extradition proceed, was entitled ‘First in History – NZ Possibly Extradite its Resident to China for Trial’. It recorded a Spokesperson for the Chinese Foreign Ministry as saying (translated):

China greatly values and promotes human rights. The human rights protection mechanism in its judicial system is obvious. China has successfully extradited over 260 criminal suspects from Europe, Asia, Africa and South America, which shows the full confidence the international society has toward China’s judicial system.

China has also been critical of what it sees as attempts by Western powers to bring New Zealand back in line. An article published after the second Kim Judgment entitled ‘BBC Argues The Toss When NZ Agrees Extradition of its Resident the First Time’ states that a BBC report on 14 April, which criticised the judgment, was nothing more than a publicity stunt and that the BBC in a worrying precedent had slandered the court’s decision citing human rights enthusiasts’ comments to go with their lies to defame China.

The difficult question when accommodating requests from a non-traditional extradition partner, is just how far is New Zealand prepared to go in order to make that accommodation possible. It appears that the Supreme Court of New Zealand is prepared to go quite far.  In Kim the basic tenor of the majority of the New Zealand Supreme Court was to approach China’s request in a positive light, construing it as necessary for the assertion of victims’ rights and preventing New Zealand becoming a safe haven for criminals. The positive disposition of the judgment is an expression of three basic ideas:

Taking human rights seriously in transnational criminal law means placing brakes on situations where the logic of that transnational system pushes constantly for greater engagement. Cases like Othman provide persuasive precedents in extradition law for individuating risks by ensuring against them rather than assessing the risk to the individual presented by the system as a whole. However, even when highly detailed, assurances provide a poor mechanism for translating the human rights norms of the requested state into the requesting state, particularly when they are used to try to change the essence of the system itself. China, for example, could not assure New Zealand about the absence of political consultation after the trial, in a system in which the Chinese Communist Party is supreme. The New Zealand Court of Appeal considered evidence of pervasive political influence on China’s criminal justice system as stymieing extradition between New Zealand and China. The Supreme Court should have done the same. A threshold test of this kind would be a useful test to employ in other cases where systemic problems of the rule of law and human rights are identified.