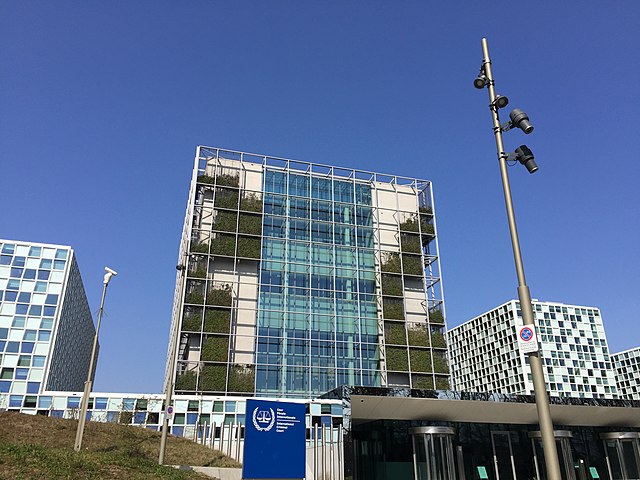 On 12 February 2021, the Assembly of States Parties (ASP) of the International Criminal Court (ICC) elected Karim Khan QC as the Court’s next Prosecutor. The election followed a series of formal consultations between States Parties, which were constructive and narrowed the field, but ultimately failed to identify a consensus candidate. As a result, the election of the Prosecutor was resolved by secret ballot for the time since the establishment of the Court in 2002. Khan will replace outgoing Prosecutor, Fatou Bensouda, on 16 June 2021 and will serve a nonrenewable term of nine years as Prosecutor. Khan’s election comes at an important juncture for the Office of the Prosecutor (OTP) particularly in light of the recent report of the Independent Expert Review (IER), with 130 of the 384 recommendations of the report specifically addressing the performance and effectiveness of the OTP.

Application process and shortlisting of candidates

On 3 April 2019, the Bureau of the ASP established the Committee on the Election of the Prosecutor. The Committee, assisted by a panel of independent experts, was tasked to assess applications for the position of Prosecutor, establish and interview a longlist of candidates, produce a shortlist of three to six of the most highly qualified candidates, and prepare a final report outlining how the shortlisted candidates meet the requirements for the position. Under the Rome Statute of the International Criminal Court (Rome Statute), the Prosecutor must be of ‘high moral character’ and be ‘highly competent in and have extensive practical experience in the prosecution and trial of criminal cases’. In addition, the Terms of Reference of the Committee required candidates to have ‘demonstrated management experience’ and an ‘in‑depth knowledge of national or international criminal law and public international law’.

On 30 July 2020, the Committee delivered its final report appraising an unranked shortlist of four candidates for Prosecutor: Morris Anyah (Nigeria/US), Fergal Gaynor (Ireland), Susan Okalany (Uganda) and Richard Roy (Canada). However, a number of States Parties raised concerns about the shortlist, with some noting that it would be beneficial to have additional candidates with greater civil law and management experience. After much discussion, the Bureau of the ASP agreed to release a longlist of candidates for further consideration by the Committee. On 25 November 2020, the Committee delivered a revised report with appraisals of five additional candidates: Carlos Castresana (Spain), Karim Khan (UK), Francesco Lo Voi (Italy), Robert Petit (Canada) and Brigitte Raynaud (France). To enable sufficient consideration of the additional candidates and formal consultations by States Parties, the election, initially scheduled for December 2020, was delayed until early 2021.

Consultations and the search for consensus

Article 112(7) of the Rome Statute provides that ‘every effort shall be made to reach decisions by consensus in the Assembly and the Bureau’. For the election of the Prosecutor, this process seeks to ensure, to the extent possible, that the Prosecutor enjoys the support of all States Parties. In the absence of consensus, the Prosecutor is to be elected in a secret ballot by an absolute majority of the ASP.

The first two ICC Prosecutors, Luis Moreno Ocampo and Fatou Bensouda, were elected by consensus. However, on this occasion State Parties were unable to reach consensus despite four rounds of formal consultations. Throughout the consultation process, States and civil society expressed a range of views about the relative strengths of the candidates’ qualifications and moral character, including those candidates identified by States Parties as most preferred. There was also some doubt about the approach to be taken to the Canadian candidates, Petit and Roy, on account of article 42(2) of the Rome Statute, which requires the Prosecutor and Deputy Prosecutor (who is currently Canadian) to be of different nationalities. These issues made it more difficult for the ASP to reach consensus on a single candidate, even though Khan led in all four formal consultation rounds, closely followed by Gaynor. As a result, the ASP moved to elect the Prosecutor by secret ballot—a first in the Court’s history. Khan, Gaynor, Castresana and Lo Voi were each nominated  by their respective States of nationality, meaning they were the only four candidates on the secret ballot. In the second round of voting, Khan was elected with 72 votes —10 more than the 62 votes required for an absolute majority.

Who is Karim Khan?

Karim Khan is a UK barrister currently serving as Special Adviser and Head of the Investigative Team to Promote Accountability for Crimes Committed by Da’esh/ISIL (UNITAD). Khan has considerable experience in the prosecution of domestic and international criminal cases and has appeared before various international criminal courts and tribunals (including the ICC) as a prosecutor as well as victims and defence counsel. In its revised report, the Committee on the Election of the Prosecutor noted Khan’s command of international criminal law and practice and his understanding of the global context in which the ICC operates. In his application for Prosecutor, Khan promised to ‘refocus and re-energise’ the OTP by consolidating existing relationships and ‘restoring trust with States Parties’.

What next for the Office of the Prosecutor?

Whilst the search for Khan’s replacement will not commence until 2029, the process leading to his election could impact future ICC elections and perhaps elections to international courts and organisations more broadly. The request to release the Committee’s longlist of candidates, differences of view concerning the candidates’ relative qualifications and moral character, and the subsequent failure of the ASP to reach consensus, have led to calls from civil society for a more rigorous vetting process and a campaign to #Electthebest.

In the meantime, Khan will lead the OTP through what is bound to be a challenging nine year term. Khan must navigate a range of politically and legally sensitive matters currently facing the Court, including the recent decision of the Pre-Trial Chamber regarding the Court’s territorial jurisdiction in the Situation in Palestine. As noted, Khan’s election also coincides with the release and implementation of the report  of the IER which proposed 384 recommendations to strengthen the performance and effectiveness of the Court, including the preliminary examination process of the OTP. With the recent adoption by the ASP of a Resolution  to establish a Review Mechanism for the implementation of the IER’s recommendations, Khan assumes his role during a time of significant reflection and likely reform for the OTP, and the Court more broadly.

Phoebe Copeland is a Senior Legal Officer at the Office of International Law in the Australian Government Attorney-General’s Department.

Keilin Anderson is a Legal Officer at the Office of International Law in the Australian Government Attorney-General’s Department.