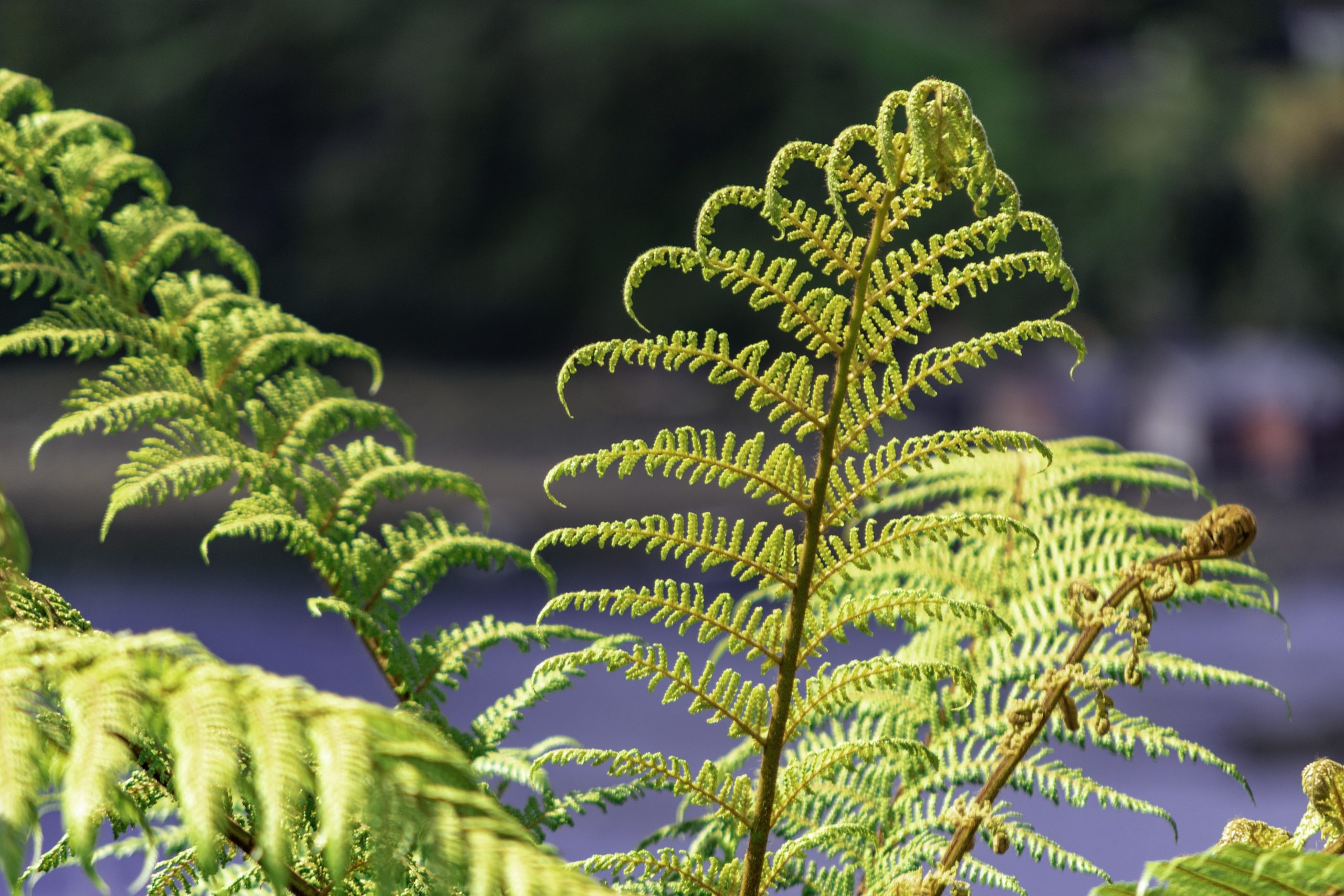 The Waitangi Tribunal issued its final report on the six-year Inquiry into the Trans-Pacific Partnership Agreement (TPPA), and its successor the Comprehensive and Progressive agreement for TransPacific Partnership (CPTPP), in November 2021. The Tribunal’s statutory role is to inquire into and make non-binding recommendations on claims submitted by Māori that they have been or are likely to be prejudicially affected by acts or omissions of the Crown that are inconsistent with the principles of the Treaty of Waitangi. The legislation recognises that the Māori version (Te Tiriti o Waitangi) that Māori adopted in 1840, and English language texts (The Treaty of Waitangi), have significant differences. As in this inquiry, Māori refer predominantly to Te Tiriti, while the crown and Tribunal interpretations favour Treaty-based “principles” developed by the courts.

The TPPA claim, known as Wai-2522, was filed by nine groups of prominent Māori in June 2015 as the TPPA negotiations neared conclusion. An urgency hearing considered the adequacy of the Treaty of Waitangi Exception, which the Crown had inserted in all New Zealand’s free trade agreements (FTA) since 2001. In May 2016 the Tribunal found the Treaty Exception was not perfect, but was “likely to operate substantially as intended” and “offer a reasonable degree of protection to Māori interests”.

The full hearing on four issues (1) engagement, 2) secrecy, 3) the plant variety rights regime, and 4) electronic commerce began in 2019. The engagement and secrecy issues were resolved through a mediation that provides for establishment of a new Māori entity Ngā Toki Whakarurururanga to have “genuine influence” over trade policy and negotiations.

Issue 3 focused on requirements under Annex 18-A of the TPPA/CPTPP for New Zealand, within three years of entry into force, either to accede to the International Union for the Protection of New Varieties of Plants Act of 1991 (UPOV 1991) or implement a sui generis law that gives effect to UPOV 1991 while allowing protection of Māori rights on indigenous plant species.

This matter was especially sensitive as it raised unresolved issues from a landmark Waitangi Tribunal inquiry that initially centred on flora and fauna, known as Wai-262. The claimants highlighted fundamental tensions between Western and Māori conceptualisations of plant species, their responsibilities as kaitiaki (protectors) of those resources and related knowledge; the denial of their rangatiratanga (self-determination) through their exclusion from negotiations, including the drafting of Annex 18-A; and deficiencies in the government’s proposals and process in the Plant Variety Rights review. The Crown defended its approach as reasonable, based on its existing understanding of the issues and the conduct of the review.

In May 2020 the Tribunal found that Annex 18-A and the implementation process satisfied the Crown’s obligations, remarking that “partial progress is still progress”. Yet the implementing legislation is still before Parliament, New Zealand has missed the deadline in the CPTPP, and the process to implement Wai-262 remains stalled.

The final inquiry on Issue 4, Chapter 14 Electronic Commerce, proved much more problematic for the Crown. There was no leak of the e-commerce charter, so the text was not accessible and Māori concerns were only raised once the text was concluded and released. The Crown’s 2001 Strategy for Engagement with Māori leaves it to officials to decide whether there is a Treaty issue and if so what level of engagement is required. That was criticised in both the Wai-262 and the initial Wai-2522 reports, but remains a foundation of Crown engagement in Te Arawhiti, the Office for Crown Māori Relations established in 2019.

Unlike UPOV 1991, trade negotiators did not think e-commerce rules raised any Treaty issues. The claimants reiterated that the Ministry of Foreign Affairs and Trade MFAT lacks the cultural competency and authority to make such judgements. Their evidence articulated a fundamental clash of worldviews. The TPPA/CPTPP e-commerce chapter codified a commodified property rights approach to abstracted forms of data, knowledge and technology. Māori witnesses described the digital eco-system having a mauri (lifeforce). Data is embodied, imbued by whakapapa (genealogy) that weaves Māori identity across generations and with the natural domain, and carries responsibilities of kaitiakitanga (guardianship and protection) and collective concepts of privacy. Research also exposed racial biases of algorithms embedded in source codes and exploitation of data by commercial interests, especially those located outside the jurisdiction.

Recognition of Māori data sovereignty and governance in Aotearoa that protects Tiriti rights and responsibilities is supported by international advocacy for indigenous data sovereignty and governance and the UN Declaration on the Rights of Indigenous Peoples. Development of that regime risked being prevented, or at least chilled, by e-commerce rules in the CPTPP on transfer and storage of data offshore, non-disclosure of source codes, not requiring offshore operators to have a local presence, among others.

The Crown elected not to engage with the Māori evidence. It relied solely on the evidence of its independent expert Professor Andrew Mitchell on the “proper” legal interpretation of Chapter 14 (Electronic Commerce), and the available exclusions and exceptions that would prevail in a dispute. This author, as the independent expert for the claimants, contested Professor Mitchell’s interpretation and advocated a broader understanding of potential risks, including the chilling effect on domestic policy making.

The report found that the e-commerce rules in the TPPA/CPTPP could restrict the adoption of Tiriti-based governance and protections in the future and prejudice Māori Tiriti rights, interests and responsibilities in relation to mātauranga Māori (Māori knowledge), mana (authority and power) and the exercise of tikanga Māori (Māori law). In the Tribunal’s own words …

“at the heart of the e-commerce issue explored in this report is the question of governance and control of Māori data[which involves] matters fundamental to Māori identity, such as whakapapa, mana, mauri and mātauranga. … Perhaps the most fundamental of te Tiriti/the Treaty guarantees to Māori is of the right to cultural continuity. This is nothing less than the right to continue to organise and live in Aotearoa New Zealand as Māori in accordance with tikanga Māori.”(180-2)

The Tribunal warned against trading off the need for active protection of that right against other goals:

“Because mātauranga Māori is at the heart of Māori identity it is not an interest or consideration that is readily amenable to some form of balancing exercise when set against other trade objectives, or the interests of other citizens or sectors. … It is certainly not a matter the Crown can or should decide unilaterally. … However hard it may be, the question of the appropriate level of protection for mātauranga Māori in international trade agreements, and the governance of the digital domain, is first and foremost a matter for dialogue between te Tiriti/the Treaty partners.” (174)

The Tribunal found the protections in the TPPA/CPTPP, which includes the Treaty of Waitangi Exception, were inadequate and resulted in prejudice to Māori rights: “We are not convinced that reliance on exceptions and exclusions is sufficient to meet the active protection standard. … We conclude that there is a material risk of regulatory chill and risk arising from the precedent and ratchet effect of the CPTPP e-commerce provisions.” (185)

Despite finding a breach, the Tribunal declined to make recommendations and relied on processes already underway. The report’s release in November 2022 posed immediate problems for the negotiation of the FTA with the United Kingdom, whose digital trade chapter largely replicated the CPTPP, and was near conclusion.

Ministers were unwilling to incur delays, and demands for new concessions, by reopening the digital trade text. As a compromise they secured an early review of the chapter (Article 15.22) to “take into account developments in digital trade”. As context for that review, New Zealand made specific reference to the Waitangi Tribunal report. It affirmed its ability to “support and promote Māori interests” under the Agreement and its intention to engage Māori to ensure the review “takes into account” its continued need to do so and to meet its Treaty responsibilities. However, the UK stated no such intention and there is no guarantee the review will agree on any changes. Moreover, it was limited to reviewing the digital trade chapter’s “operation and implementation”. Revisiting the actual text will await the general review after seven years (Article 30.3).

The Crown now faces multiple dilemmas. New Zealand is far from developing a Tiriti-compliant digital strategy. Te Pae Tawhiti, the initiative to implement the Wai-262 Inquiry outcome, including on protection of mātauranga Māori and in international negotiations, has made very slow progress.

Meanwhile, as the Tribunal anticipated, the TPPA/CPTPP, UK FTA, Regional Comprehensive Economic Partnership and Digital Economic Partnership Agreement are establishing precedents that embed these breaches of the Crown’s Tiriti obligations. So would the EU’s proposed digital trade chapter in ongoing FTA negotiations with New Zealand, and the working text of the plurilateral e-commerce negotiations in the World Trade Organization. Negotiations for the “upgrade” of the ASEAN Australia New Zealand FTA and the US’s proposed Indo-Pacific Economic Framework’s trade pillar can be expected to follow suit. The Crown is acutely aware of this. Whether it continues to subordinate its Tiriti o Waitangi responsibilities to other commercial and strategic objectives, and how Māori respond to that, remains to be seen.

Dr Jane Kelsey is Professor Emeritus of law at the University of Auckland, where she specialised in international economic regulation and domestic law and policy, including Te Tiriti o Waitangi.

Jane was the independent expert for the claimants throughout the five year Waitangi Tribunal inquiry on the TPPA.